Can we listen to the Universe? 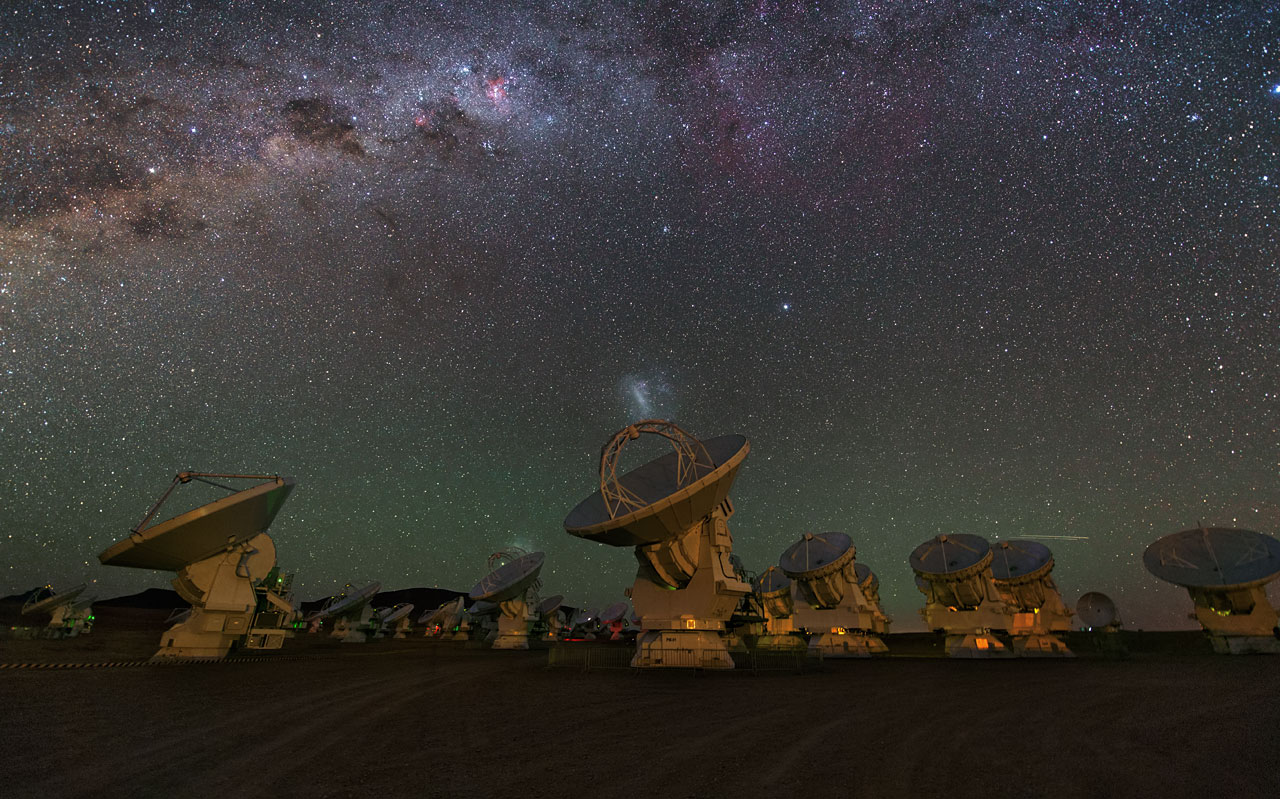 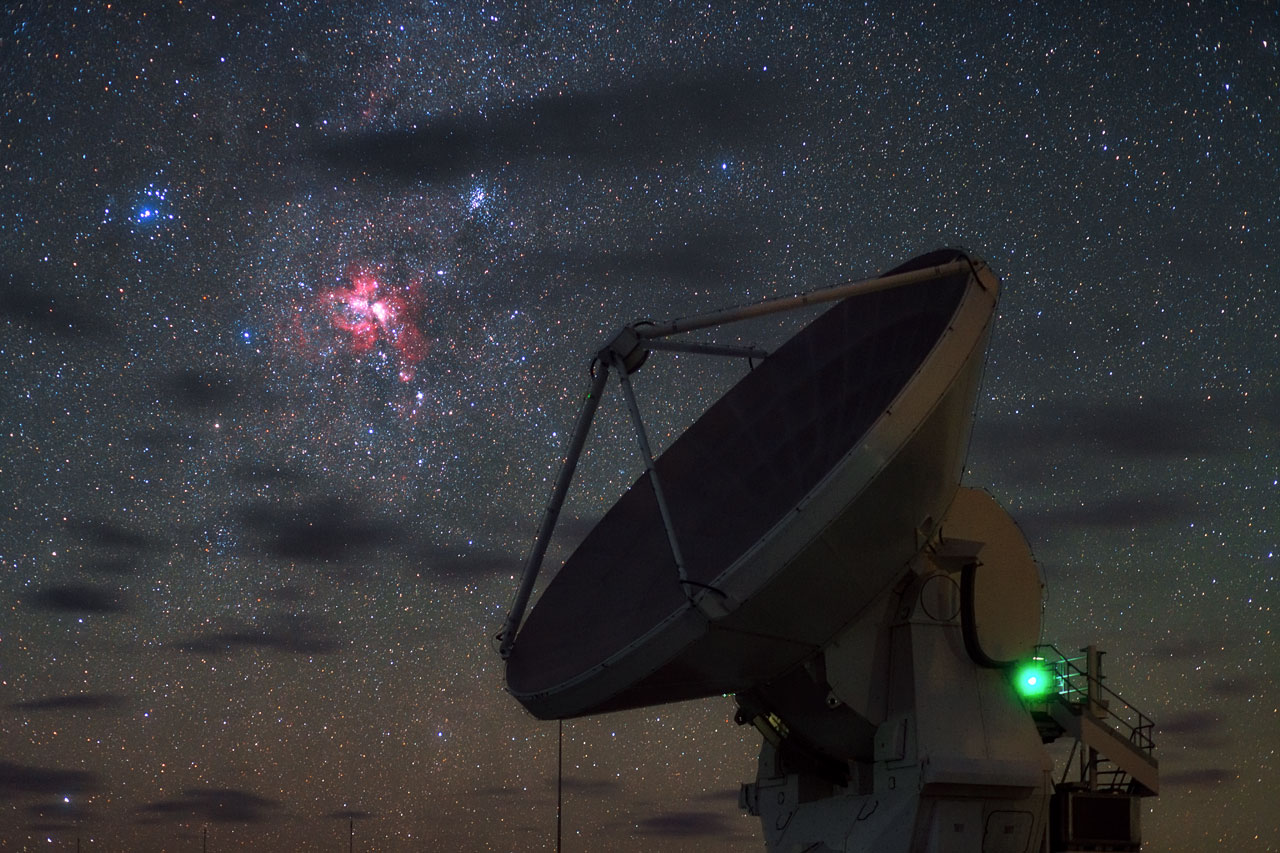 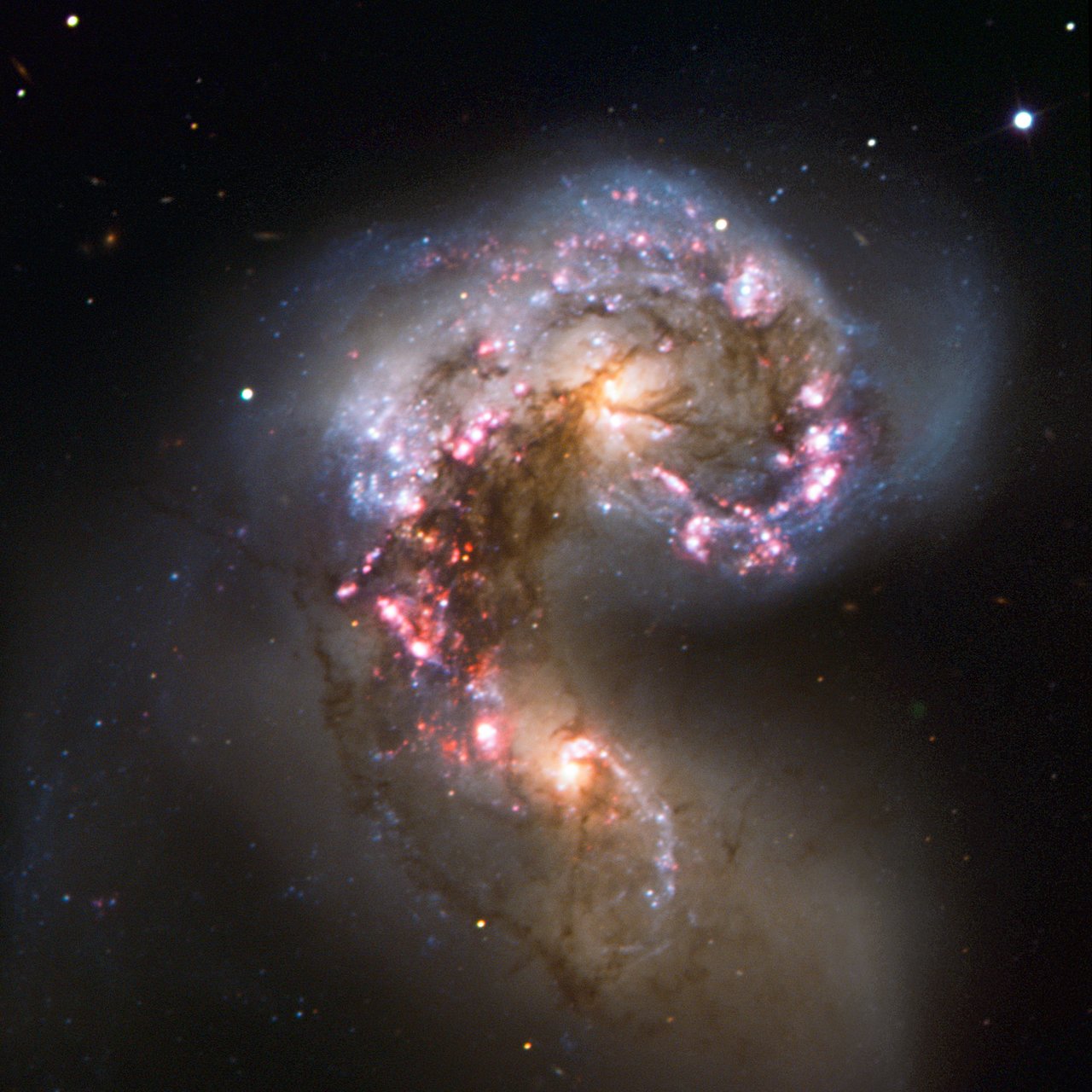 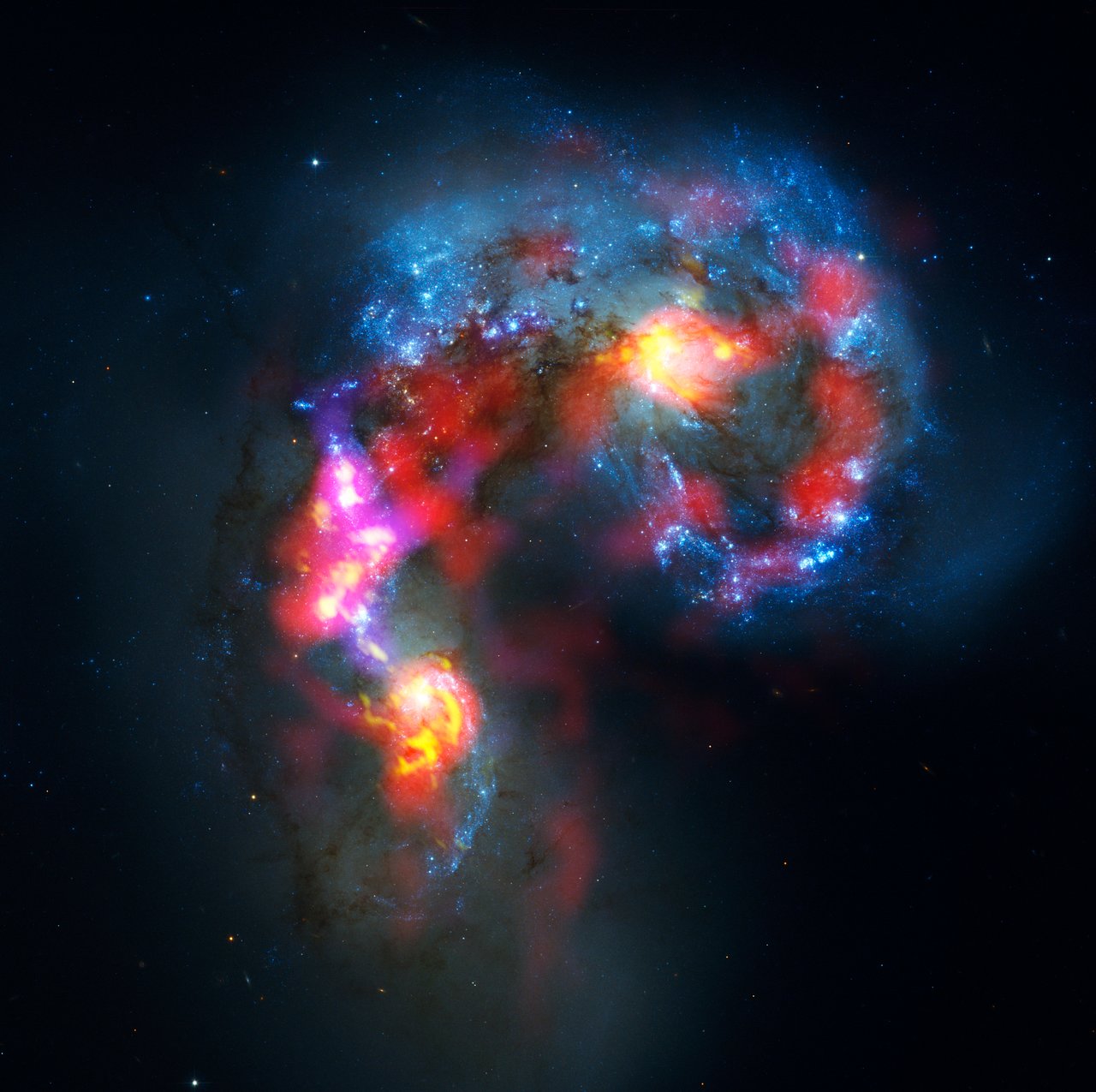 Radio waves from space were first discovered in 1930. But radio astronomy only flourished in the 1950s, when astronomers discovered that cold hydrogen gas emits weak radio waves at a wavelength of 21 cm. Observing at shorter radio wavelengths required new detector technology. At present, the international ALMA observatory (Atacama Large Millimeter/submillimeter Array) in Chile is the largest collection of radio dishes in the world. Since millimetre waves are absorbed by atmospheric water vapour, ALMA had to be constructed at an altitude of 5000 metres. 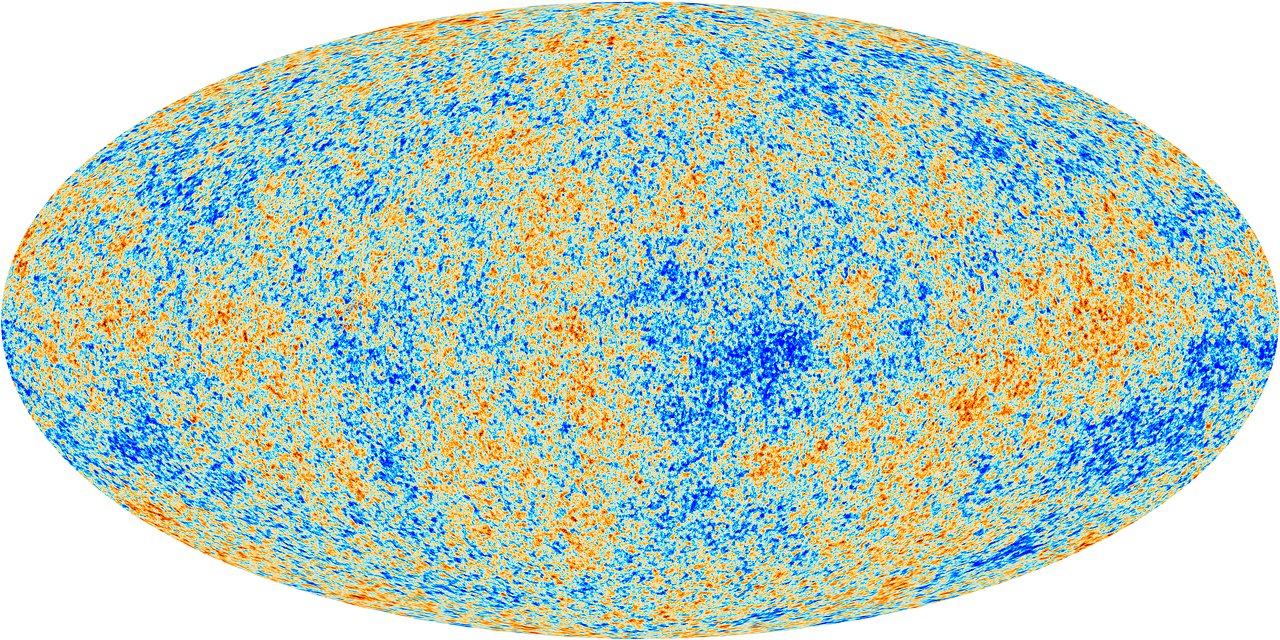 There’s no sound in empty space. But cold gas gives off radio waves. Astronomers study them with giant metal dishes. If they were turned into sound, you would hear hisses and crackles.