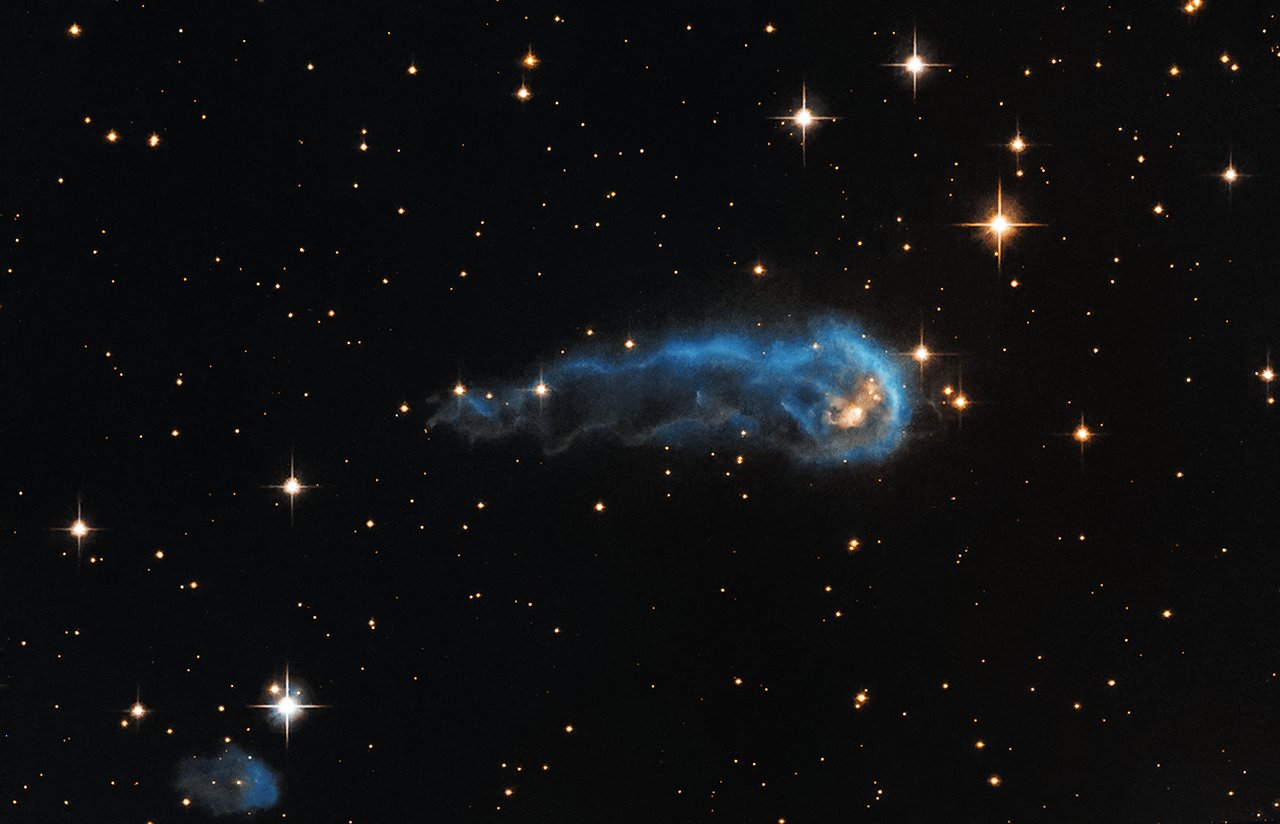 This light-year-long knot of interstellar gas and dust resembles a caterpillar on its way to a feast. But the meat of the story is not only what this cosmic caterpillar eats for lunch, but also what's eating it. Harsh winds from extremely bright stars are blasting ultraviolet radiation at this "wanna-be" star and sculpting the gas and dust into its long shape. The culprits are 65 of the hottest, brightest known stars, located 15 light-years away from the knot, towards the right edge of the image. The caterpillar-shaped knot, called IRAS 20324+4057, is a protostar in a very early evolutionary stage. It is still in the process of collecting material from an envelope of gas surrounding it. Protostars in this region should eventually become young stars with final masses about one to ten times that of our Sun, but if the eroding radiation from the nearby bright stars destroys the gas envelope before the protostars finish collecting mass, their final masses may be reduced. Spectroscopic observations of the central star within IRAS 20324+4057 show that it is still collecting material quite heavily from its outer envelope, hoping to bulk up.