Where is the centre of the Universe?

Because of the finite speed of light, we can only see part of the Universe, centred around ourselves. But beyond our cosmic horizon, the Universe may go on forever – it has no centre. 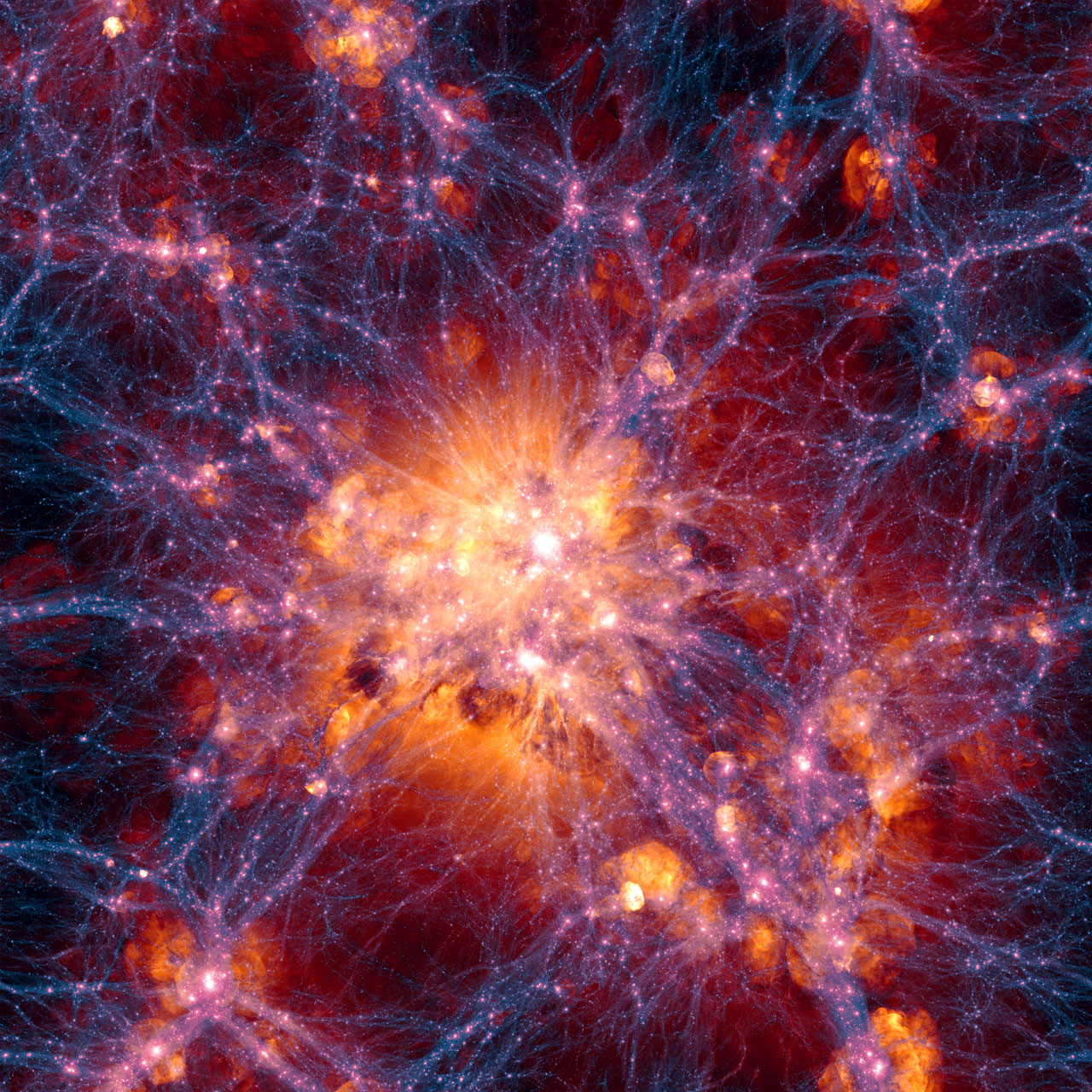 Everywhere the same. Everywhere in the Universe, hot and dense primordial matter clumped into galaxy clusters, as shown in this computer simulation. There is no preferred position, let alone a centre.
Credit: Illustris Collaboration 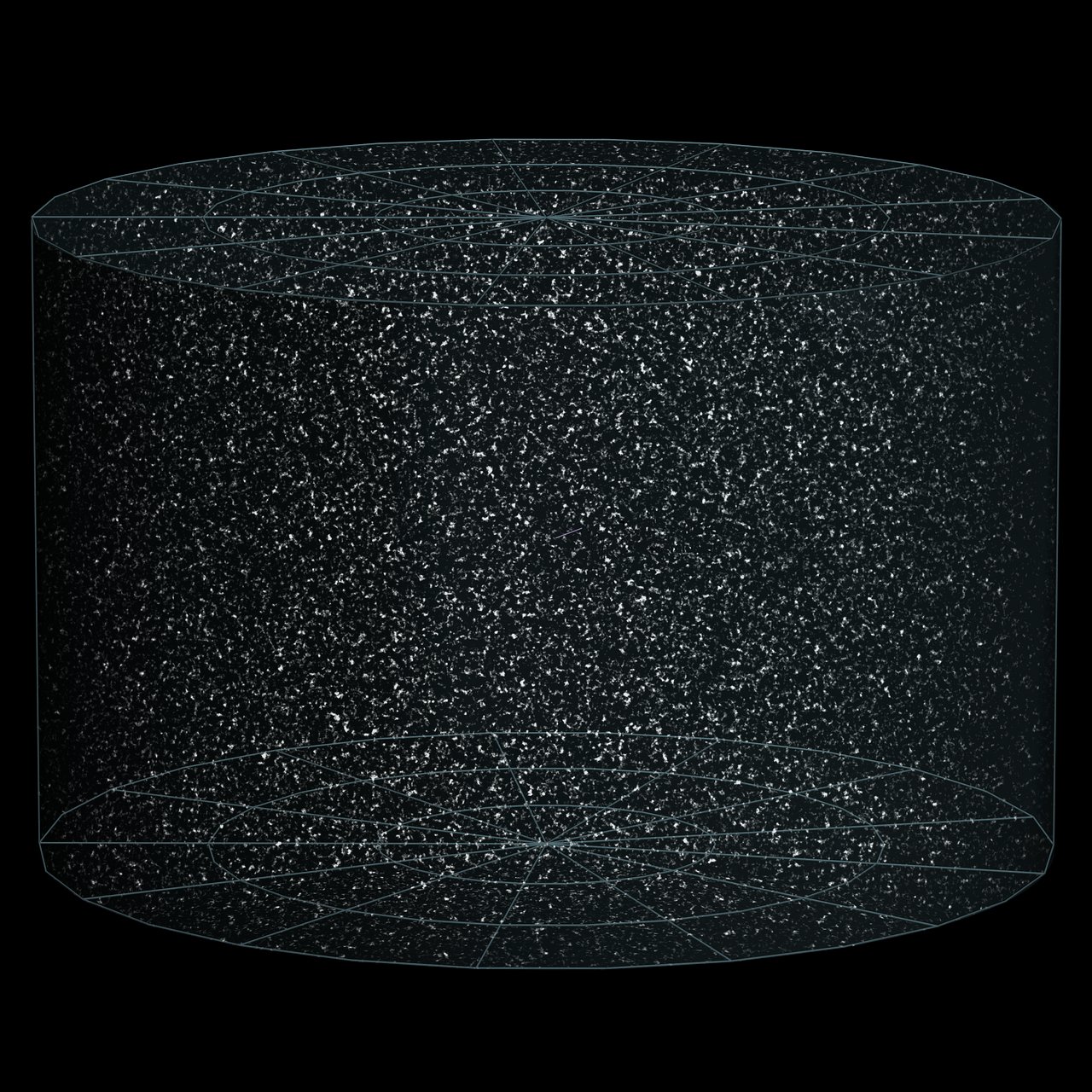 Cosmic horizon. The observable Universe is filled with clusters and superclusters of galaxies. The same is most likely true for the Universe beyond our cosmic horizon.
Credit: Frédéric Michel

The Universe may be infinite but we can only see part of it. Because of the finite age of the Universe and the finite speed of light, there is a fundamental limit to how far we can see. This cosmic horizon constitutes the edge of the observable Universe. Other observers in different locations in the Universe each have their own observable Universe centred around them. But as a whole, our Universe does not have a centre – on average, it looks the same everywhere. It also does not have an edge, except for an edge in time at the moment of the Big Bang, some 13.8 billion years ago. 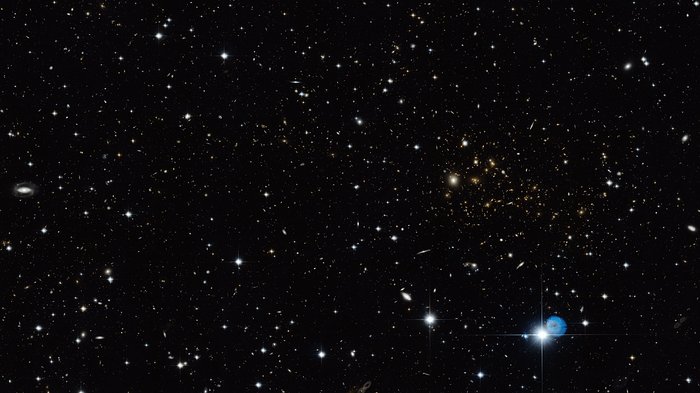 Distant view. Light from this giant cluster of galaxies took 5 billion years to reach Earth. At present, however, the cluster’s distance is much larger than that, because of the continuing expansion of space.
Credit: NASA, ESA, Harald Ebeling (University of Hawaii at Manoa) & Jean-Paul Kneib

Looking back. By using bigger telescopes and more sensitive instruments, astronomers have been able to look ever further into space, and further back in time.
Credit: ESO/M. Kornmesser

Suppose an ocean covered all of our planet. Which part of that ocean would you call the centre? In the same way, our Universe has no centre – it may well be infinite in size.