How do astronomers measure distances? 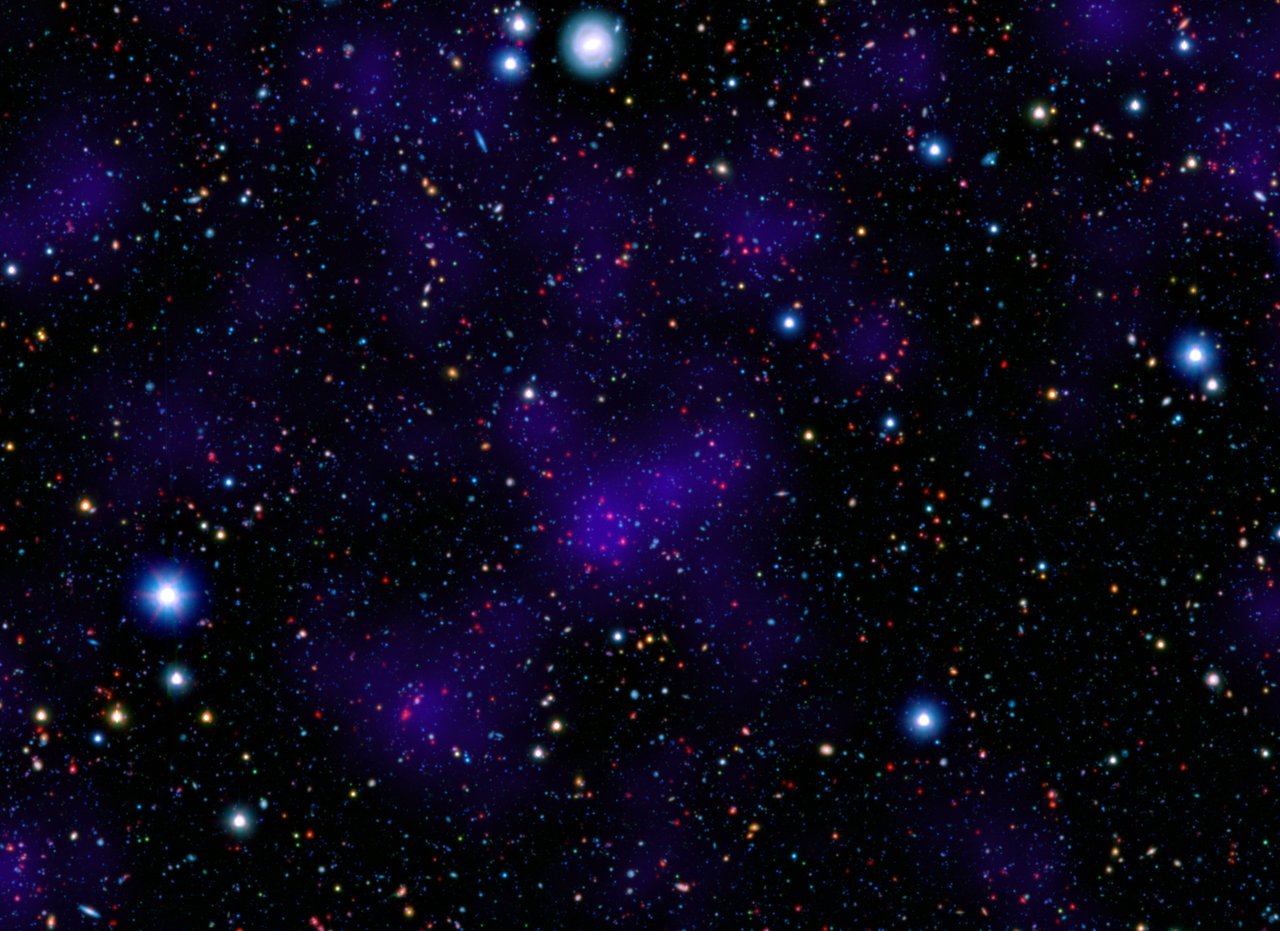 Over the centuries, astronomers have devised various methods of measuring cosmic distances. Thanks to the expansion of the Universe, even the distances of remote galaxies can be determined. 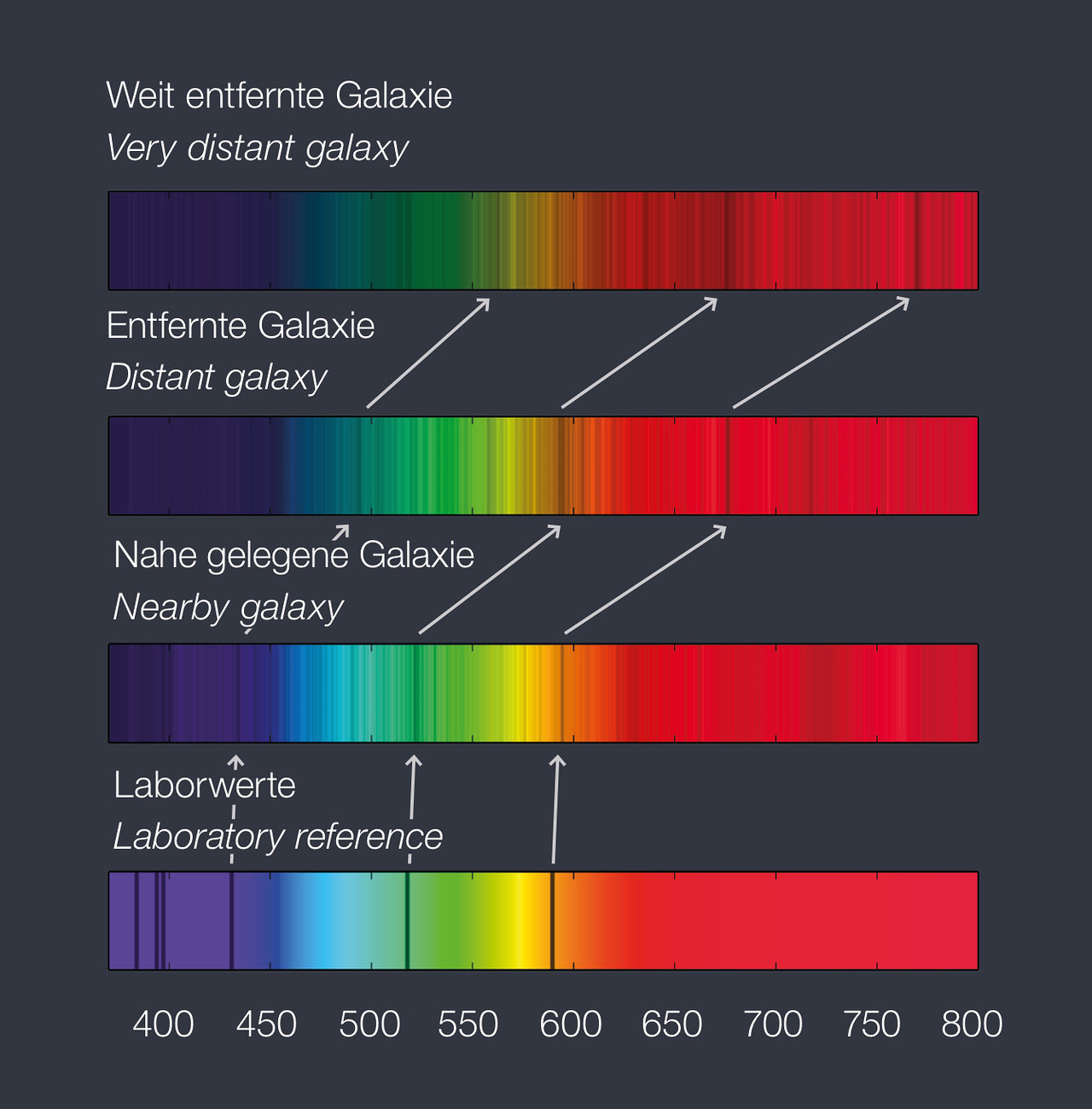 Seeing red: A galaxy’s absorption lines are shifted towards the red end of the spectrum because of the expansion of the Universe. The greater the distance, the larger the redshift.
Credit: Volker Gaibler/HITS, SDSS, ESO 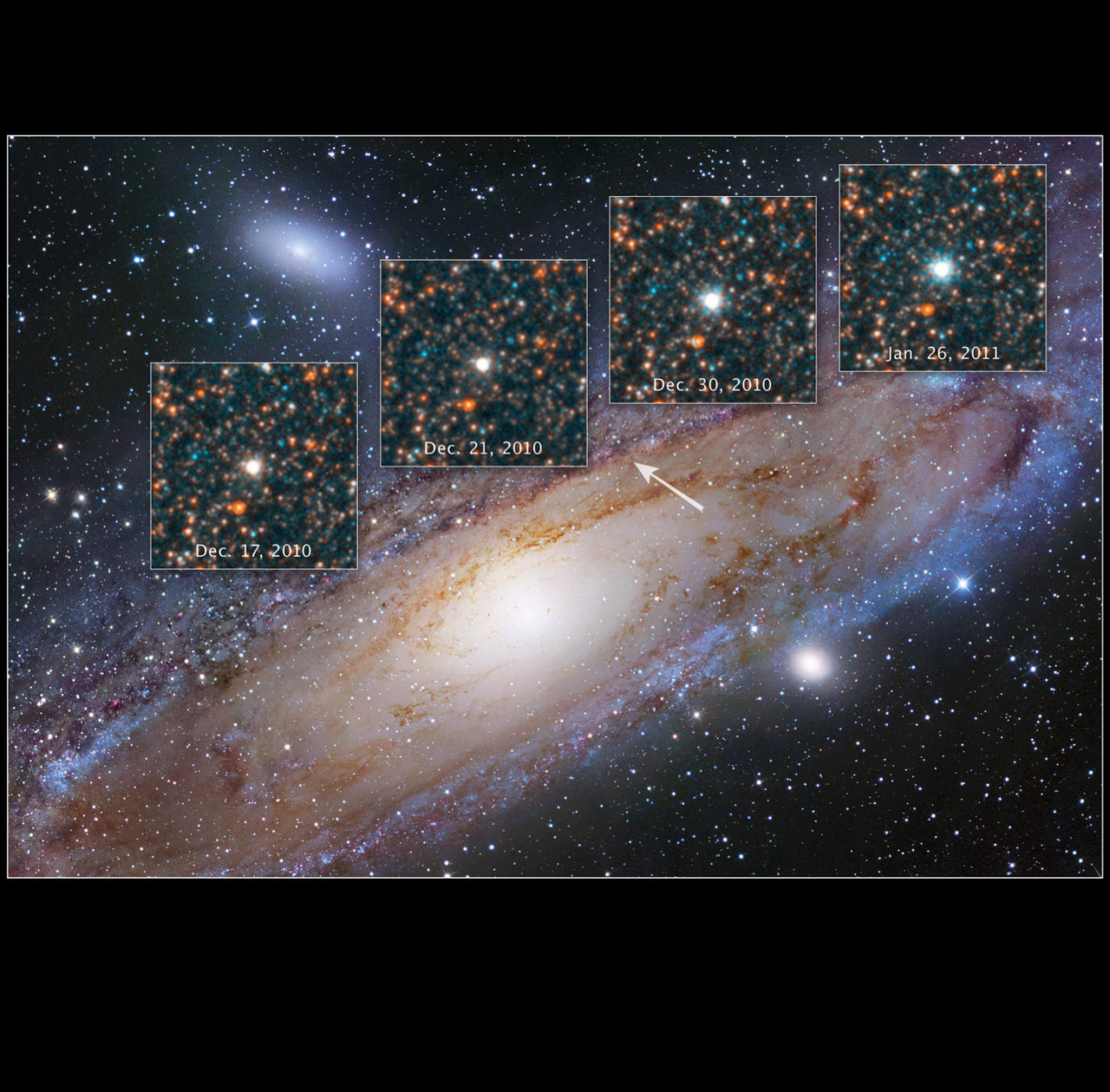 Fathoming Andromeda: Studies of Cepheids — a particular type of variable star with a known luminosity — in the Andromeda Galaxy resulted in an accurately measured distance.
Credit: NASA, ESA, and the Hubble Heritage Team (STScI/AURA)

For nearby stars in our own Milky Way galaxy, distances can be measured using the parallax method – basically the same technique that surveyors use. For other galaxies, it helps if you know the true luminosity of an object inside it; a comparison with the apparent brightness then yields the distance to the galaxy. Certain variable stars (known as Cepheids) and supernova explosions are examples of such “standard candles”. For very remote galaxies, astronomers use the observed redshift as a distance indicator; the longer the galaxy’s light has been travelling through expanding space, the more its light waves have been stretched to longer (redder) wavelengths. 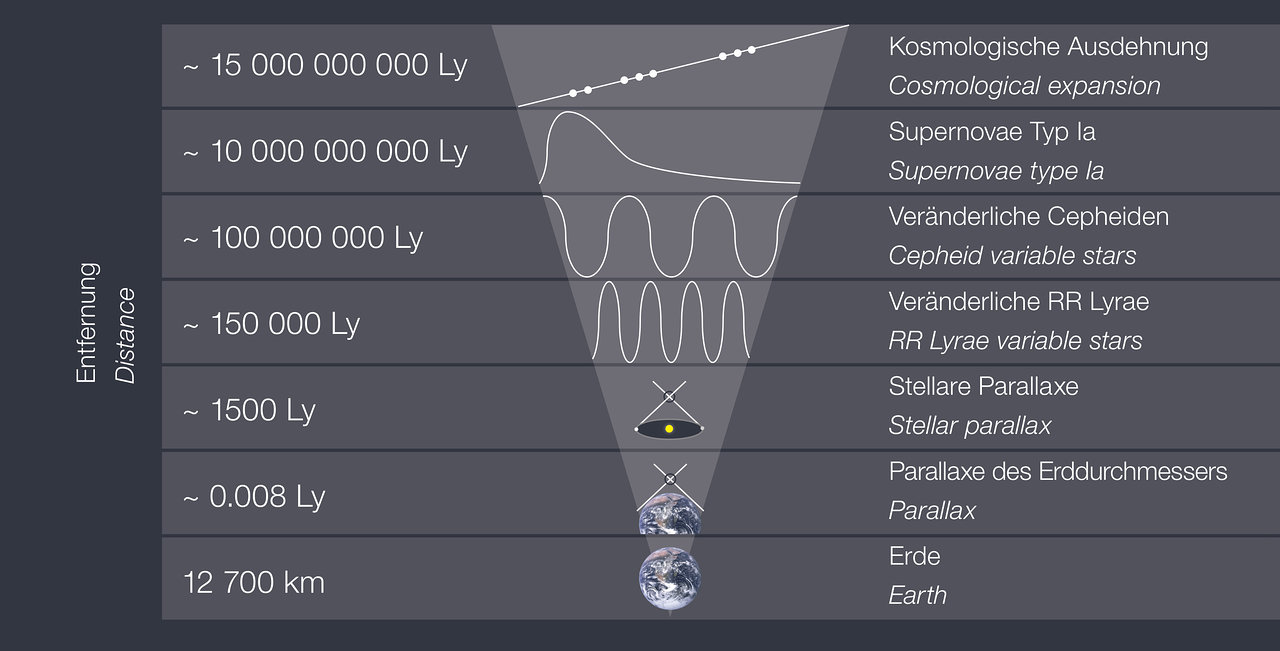 Up the ladder: Astronomers use various ways to measure distances in the Universe. Together, they constitute a cosmic distance ladder.
Credit: design und mehr 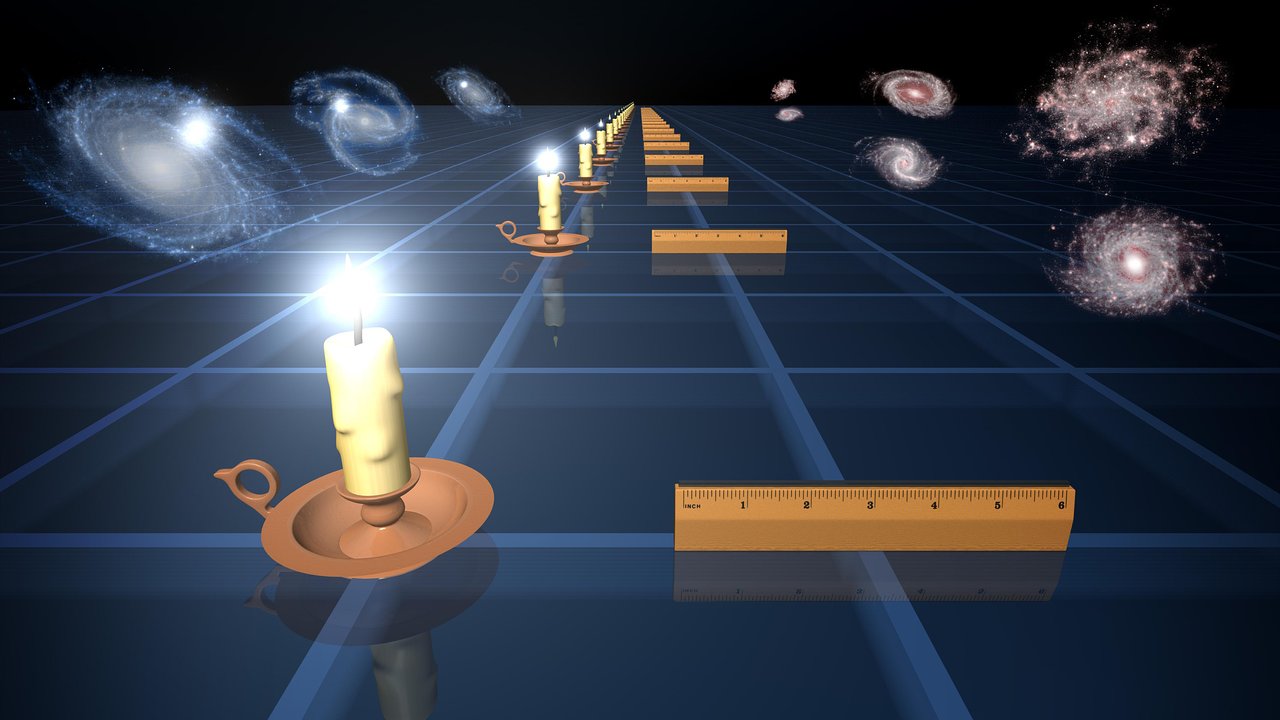 You can’t use a ruler or a tape measure to find out how far away a star or a galaxy is. Instead, astronomers use all kinds of tricks to determine cosmic distances.