How are galaxies distributed in space? 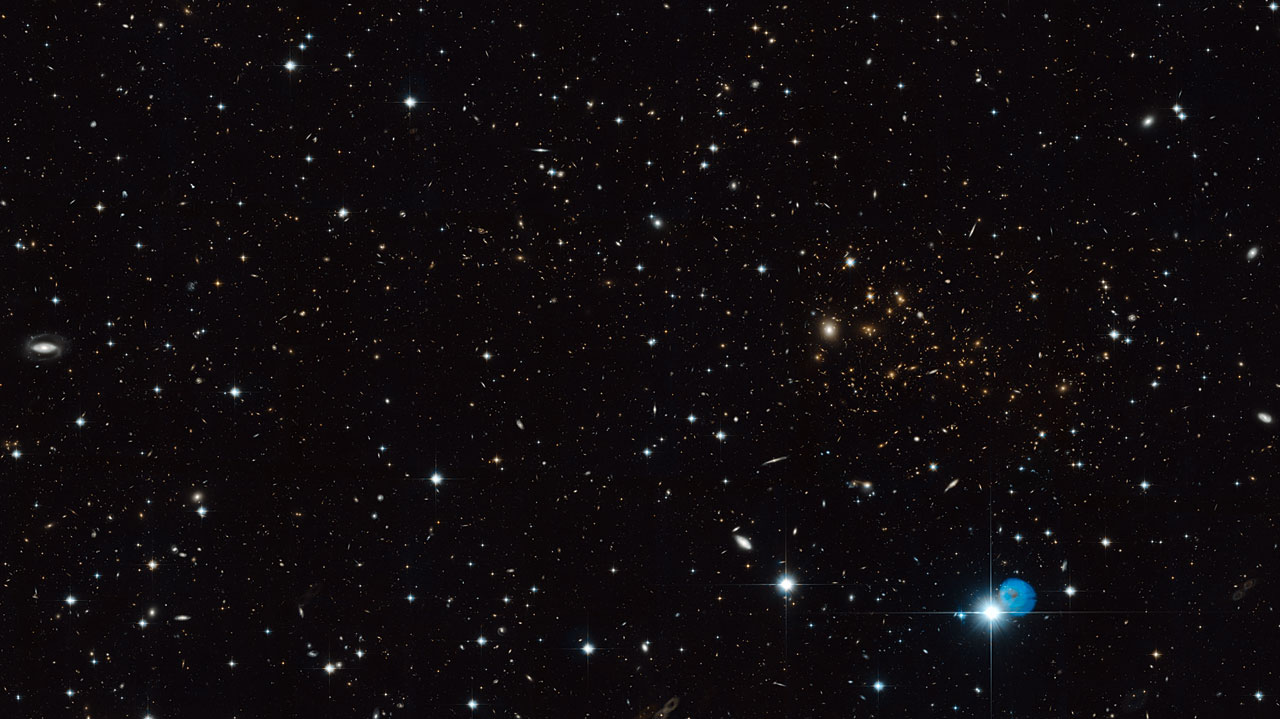 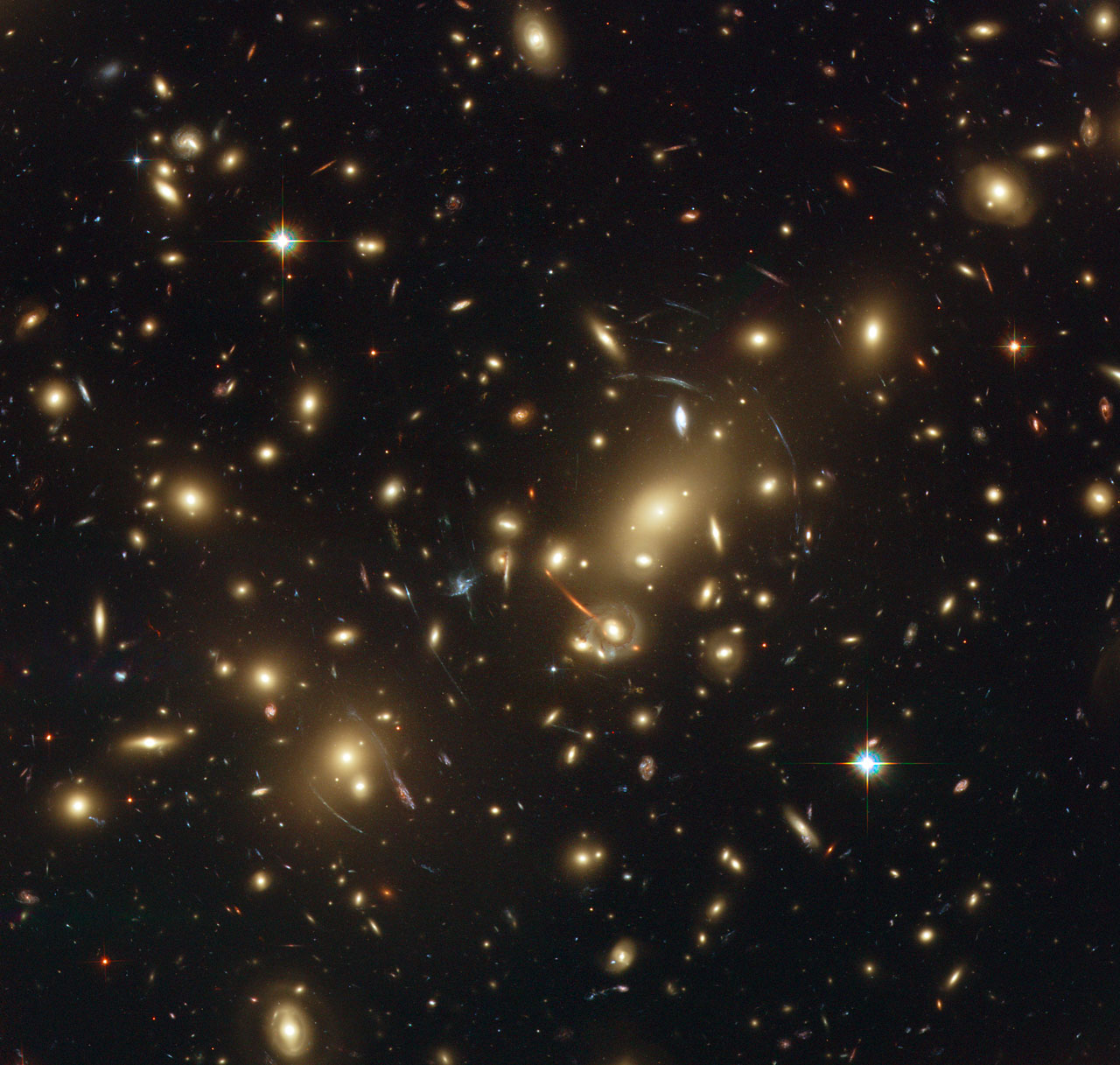 Rich field: Abell 2218 is a rich galaxy cluster composed of thousands of individual galaxies. It sits about 2.1 billion light-years from the Earth. Galaxy clusters are among the largest structures in the Universe.
Credit: NASA, ESA, and Johan Richard (Caltech, USA) 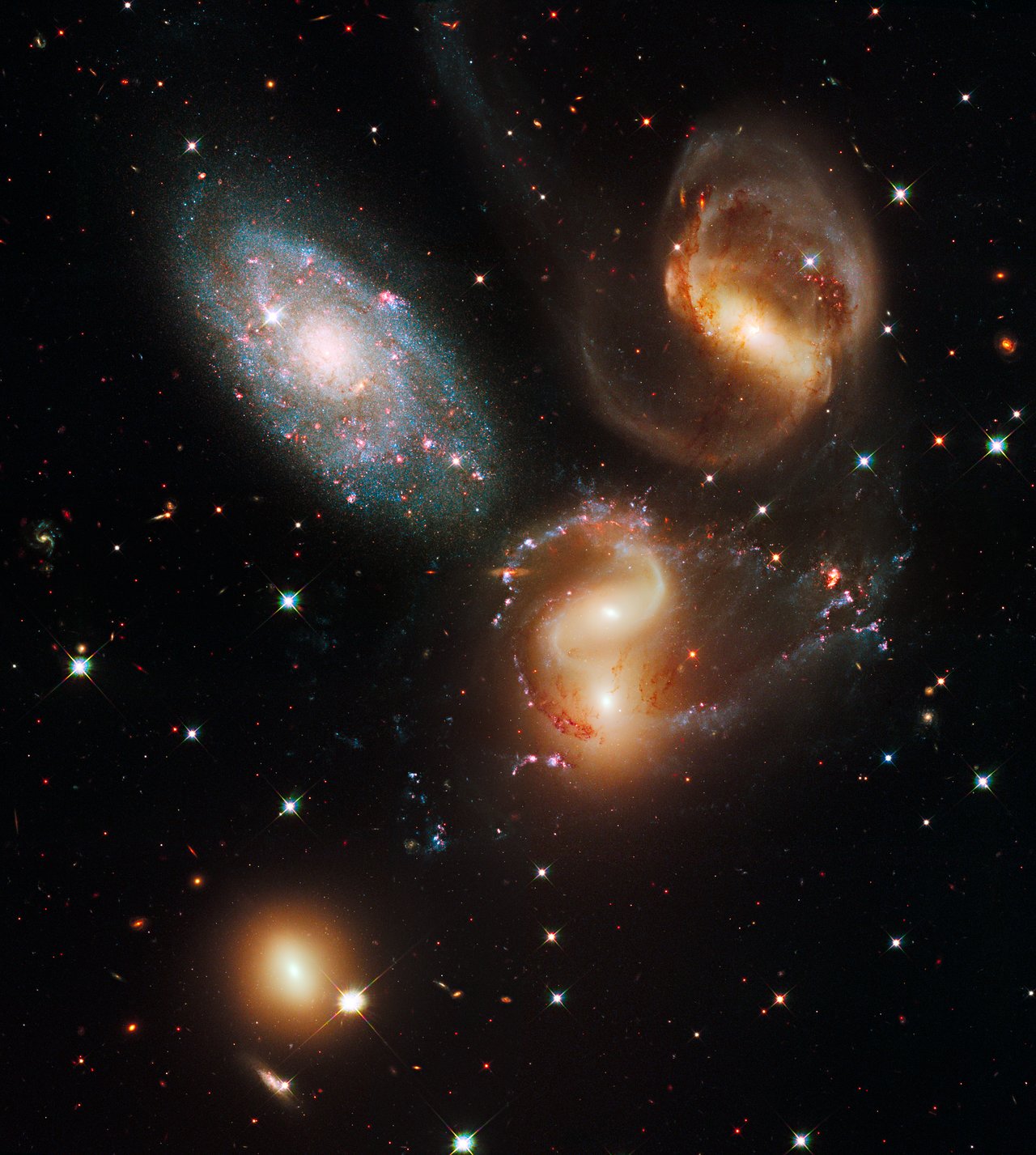 In front of a group: Stephan’s Quintet is a compact group of galaxies. The bluish galaxy in the upper left, however, is a much nearer foreground galaxy.
Credit: NASA, ESA and the Hubble SM4 ERO Team 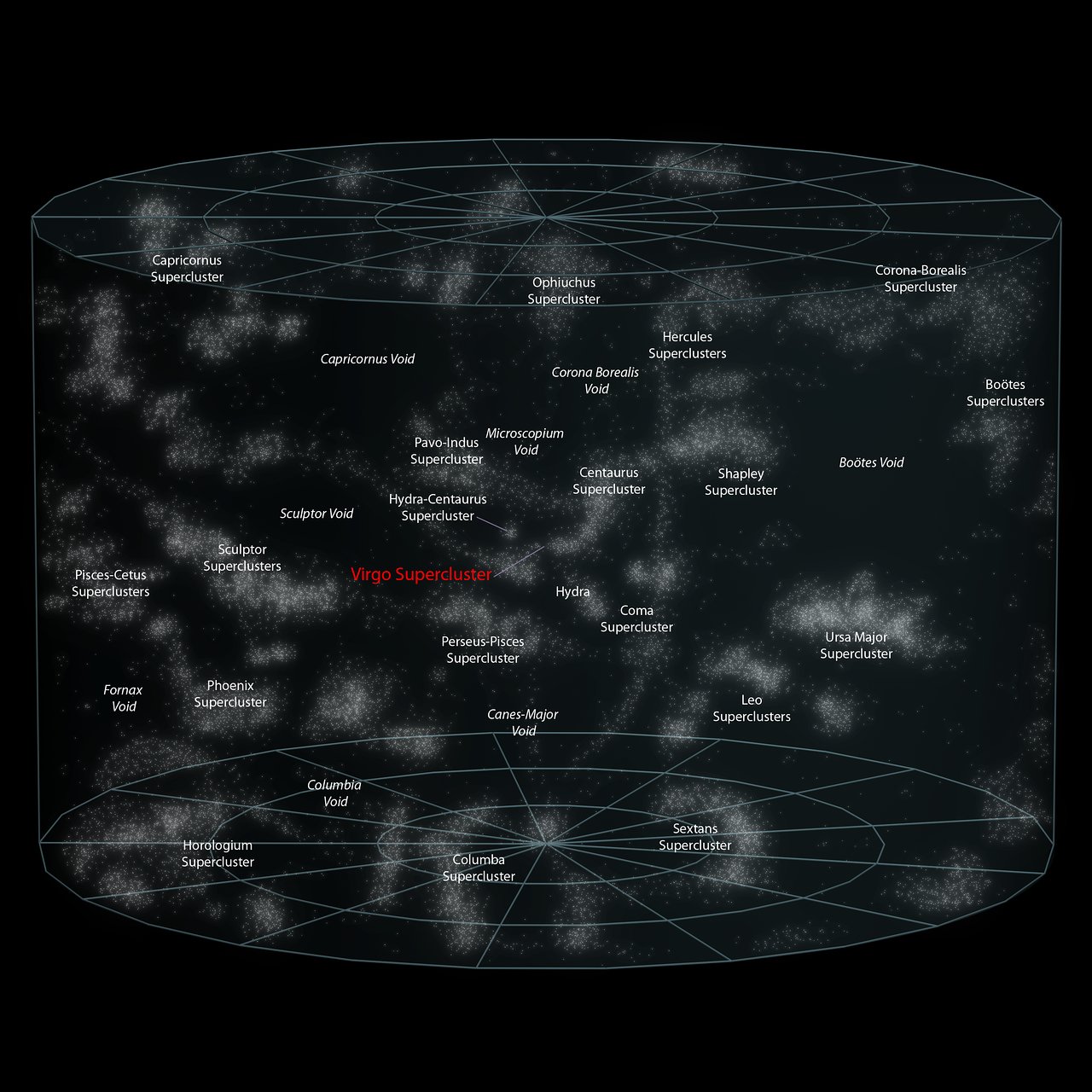