What does the ultraviolet unveil? Galactic neighbour: Observed at visible wavelengths, the Andromeda Galaxy, at a distance of 2.5 million light-years, very much resembles our own Milky Way.
Credit: R. Gendler Our Sun emits most of its energy at visible wavelengths. Hotter stars, however, are brightest at shorter, ultraviolet wavelengths, where the photons carry much more energy. To study hot stars like white dwarfs, or hot, tenuous clouds of gas in intergalactic space and in colliding galaxies, astronomers need to use ultraviolet detectors. Most of the harmful UV radiation from the Universe is blocked by ozone in our atmosphere (thankfully!), so ultraviolet observations need to be carried out from space. 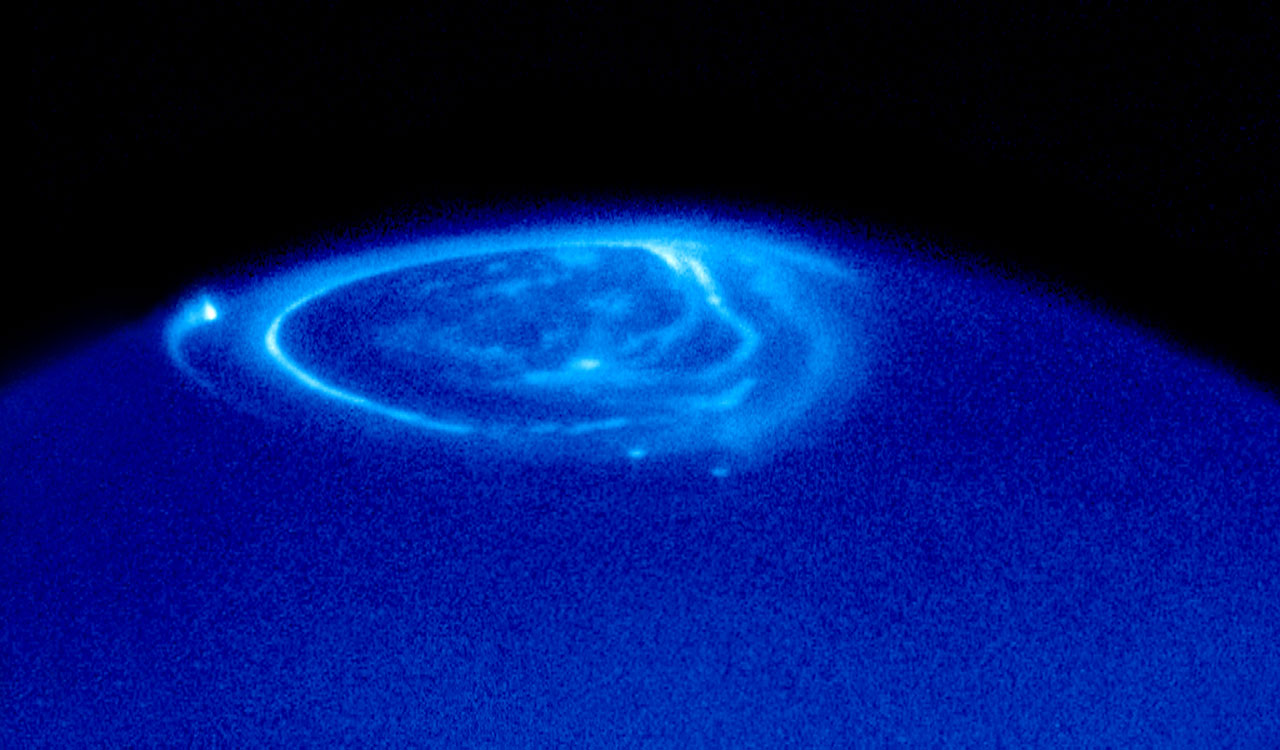 Giant aurora: Unlike aurorae on Earth, Jupiter’s northern lights do not glow at visible wavelengths. However, they are bright in the ultraviolet.
Credit: NASA, ESA & John T. Clarke (Univ. of Michigan)

Have you ever had sunburn? Ultraviolet light from the Sun causes this. It carries a lot of energy. Hot objects in space also give off ultraviolet light.