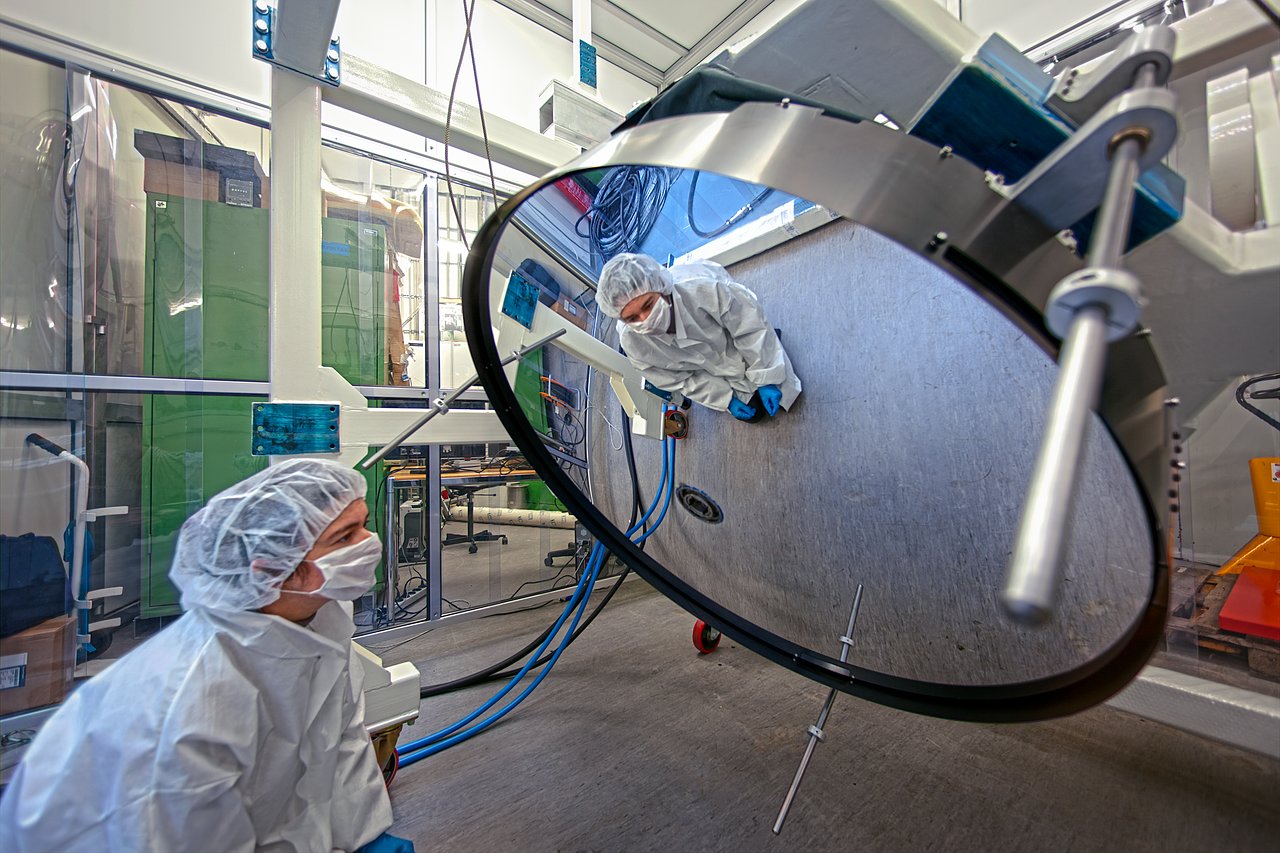 The first telescopes used lenses to bring starlight into focus. Today, large telescopes use mirrors. The main reason: these mirrors are easier to produce and to operate, and provide better images. 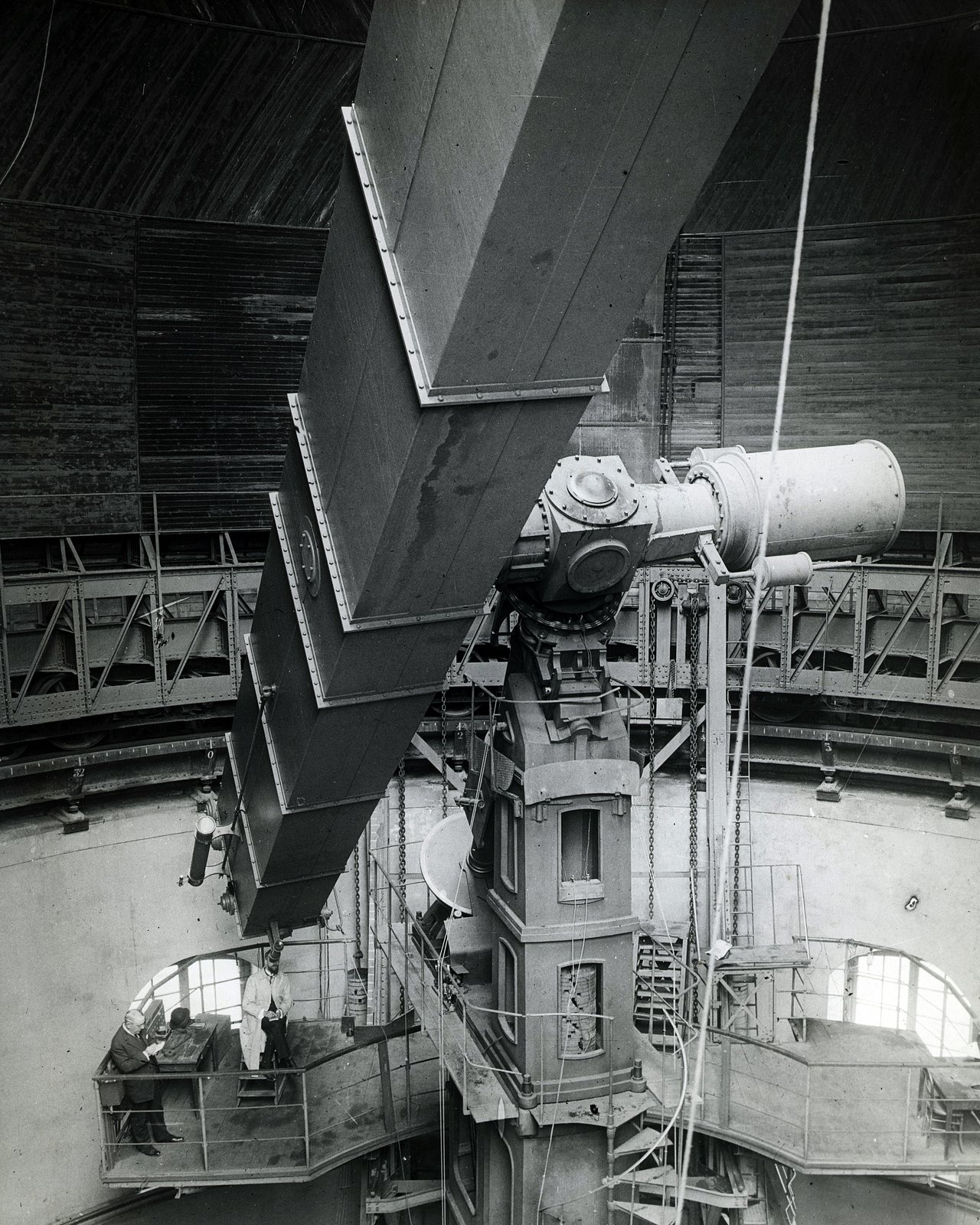 Ancient giant: With its 83-centimetre objective lens, the 1891 Great Refractor at Paris Observatory in Meudon is one of the world’s largest lens-based telescopes.
Credit: Observatoire de Paris 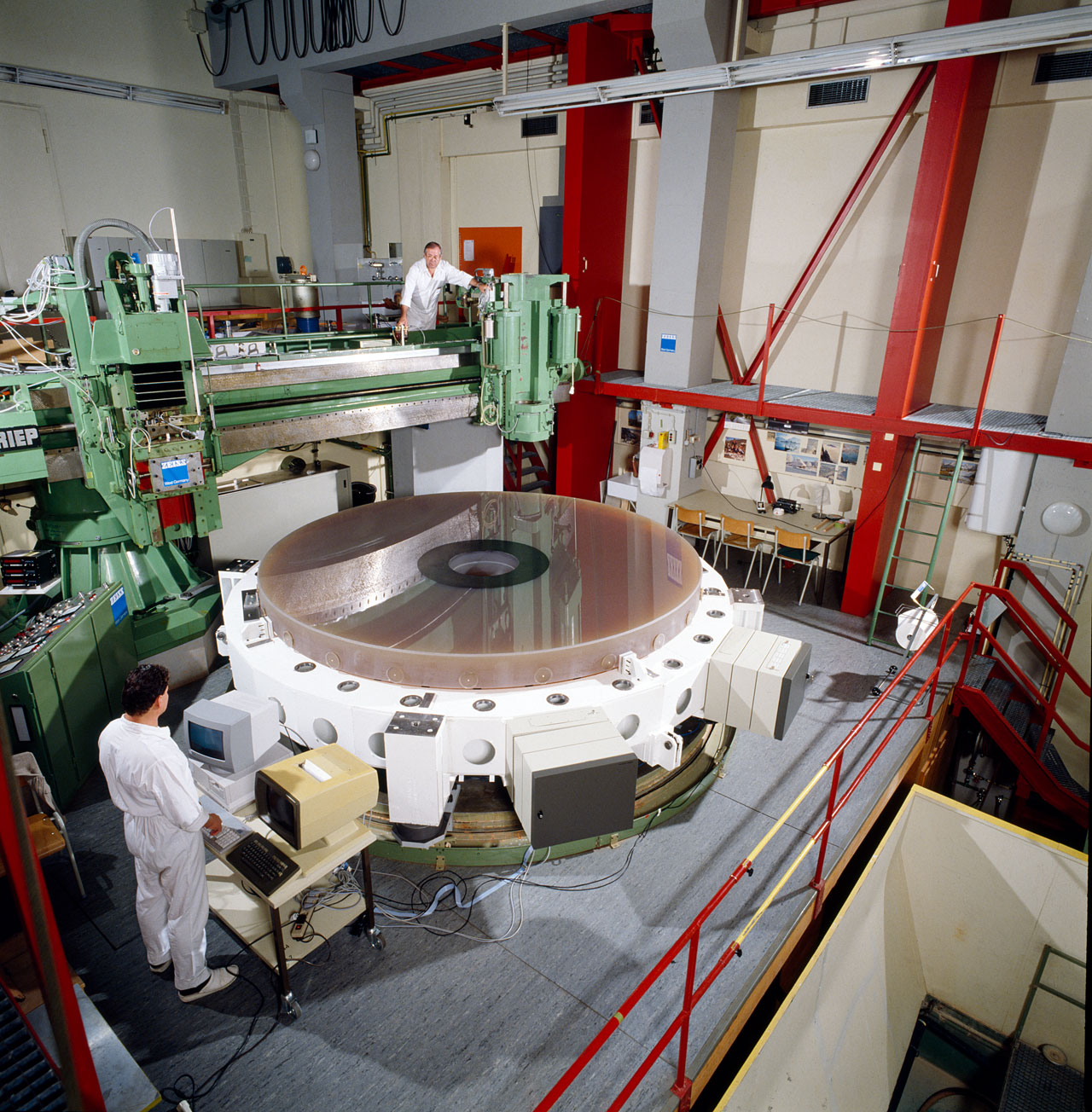 Mirror magic: In 1989, ESO’s 3.58-metre New Technology Telescope was the first one to use a thin, actively controlled mirror.
Credit: ESO/C,Madsen

The telescope was invented in the early 17th century by Dutch spectacle makers Hans Lippershey, Zacharias Janssen and Jacob Metius. They used convex lenses to focus light, providing brighter and sharper images of the night sky. But high-quality lenses are difficult to produce. So from the early 20th century onwards, most large professional telescopes use concave mirrors instead. By making the mirror out of segments, they can be made almost arbitrarily large. The larger the mirror, the more light can be collected, and hence fainter objects can be observed. Either a convex lens or a concave mirror can be used to collect and concentrate light at a single focus, to be studied with an eyepiece. 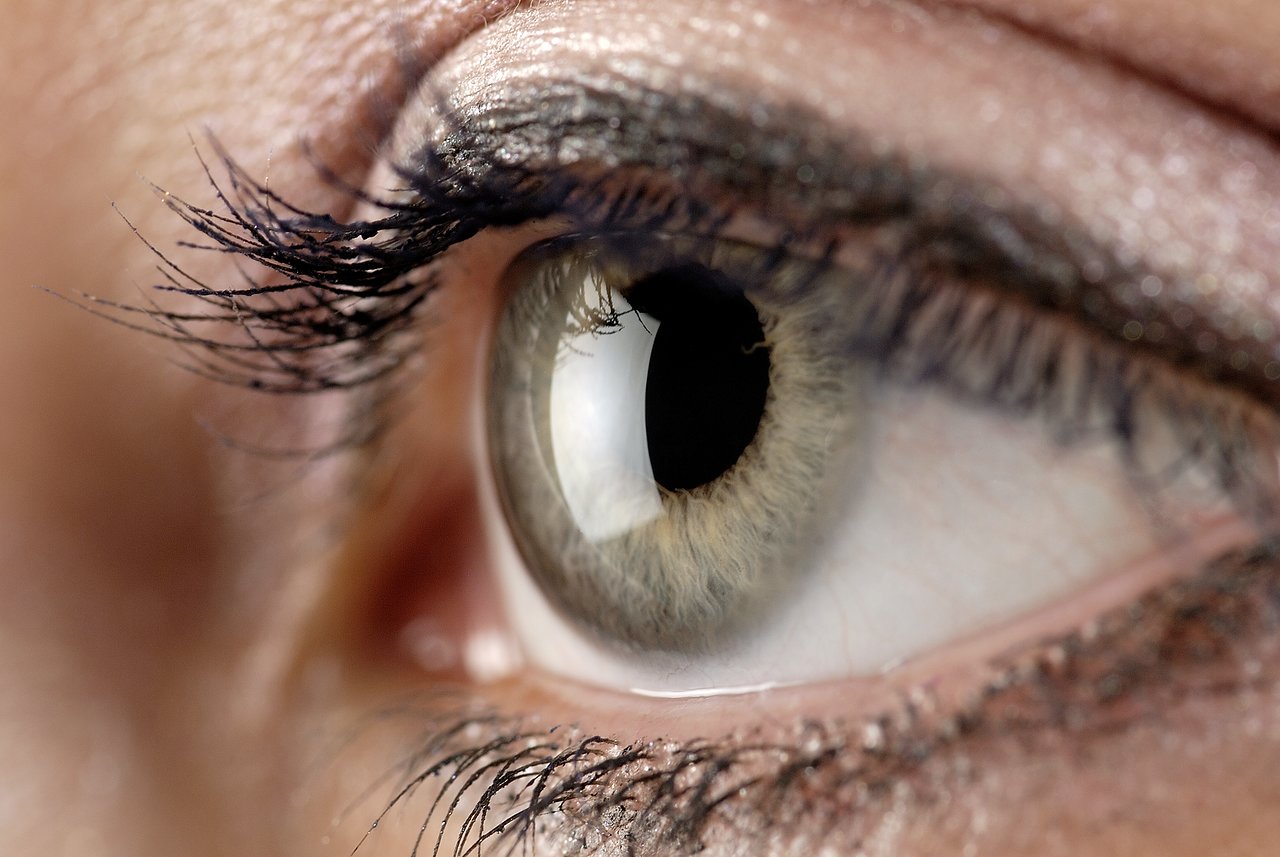 Things look larger through a magnifying glass. But a shaving mirror also magnifes what you see – try it! Both lenses and mirrors can be used in a telescope to study the stars.