How do stars evolve? 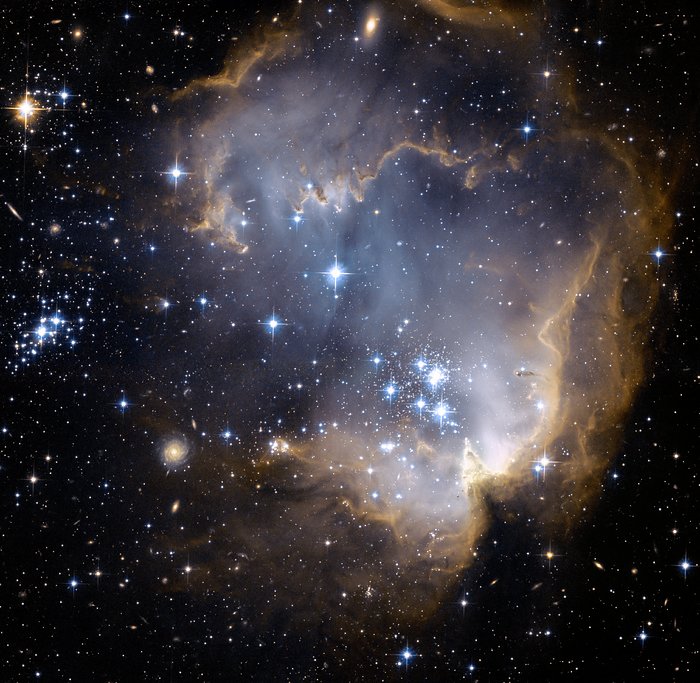 During the life of a star, heavier and heavier elements are created in the core. Once the nuclear fuel is exhausted, the star first shrinks and heats up, then swells up into a red giant. Low-mass stars end their lives as white dwarfs; massive stars explode as supernovae.

Blowing bubbles: In the Thor’s Helmet nebula, gas is blown into a bubble by the wind of a young, blue, massive star in the centre.
Credit: ESO/B. Bailleul 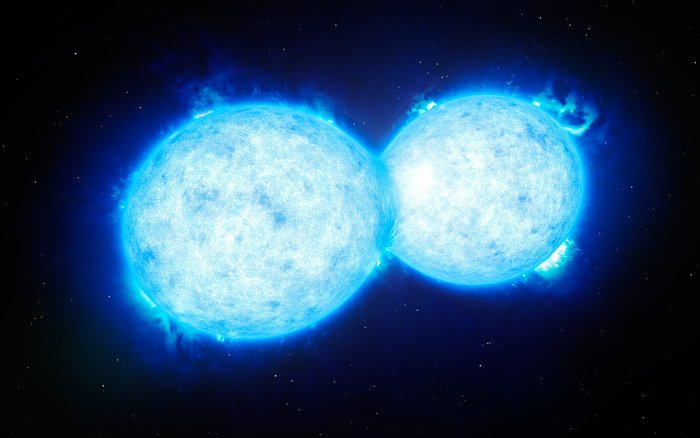 Mutual influence: Many stars are born as binaries or multiple systems. During their life together, they strongly influence each other’s evolution, especially if they are close to each other (artist‘s impression).
Credit: ESO/L. Calçada

After forming from a cloud of gas and dust, a star reaches a stable phase in which hydrogen fuses into helium in its core – it starts to shine. At later stages, other fusion reactions take place, and the star expands into a red giant or supergiant. Massive stars evolve fast and end their short lives in epic supernova explosions. Low-mass stars like our own Sun evolve much more slowly.During the red giant phase they shed their outer layers into space, while the star’s core contracts into a white dwarf. In binary systems, transfer of material from one star to the other can strongly influence the evolution of both stars. 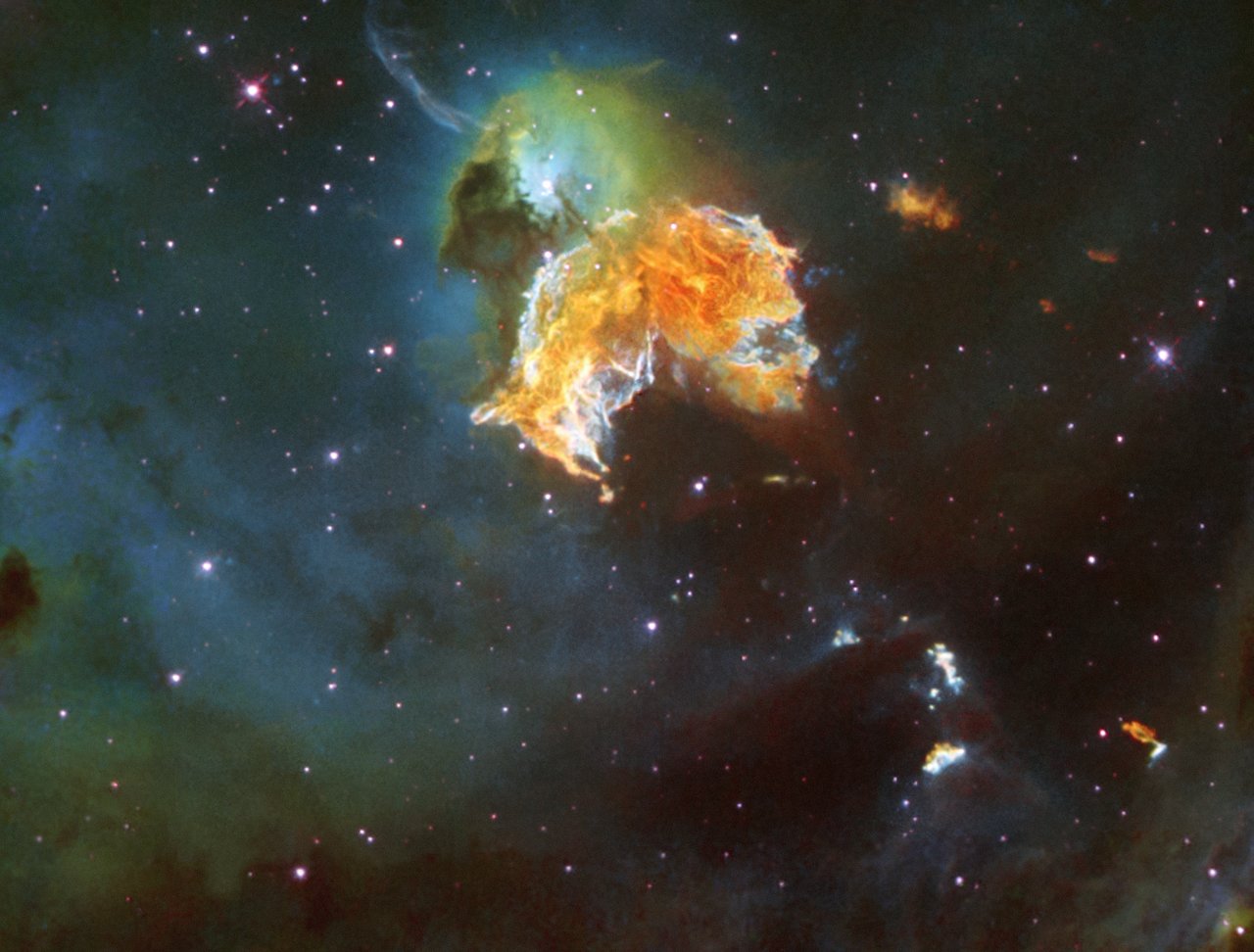 Explosive end: A massive star has blown itself apart at the end of its life in a powerful supernova explosion. The ejected material creates this colorful nebula.
Credit: NASA, ESA, HEIC, and the Hubble Heritage Team STScI/AURA). Acknowledgment: Y.-H. Chu and R. M. Williams (UIUC).

Just like people, stars change during their lives. But there’s a difference. Human babies weigh more or less the same. Baby stars, however, can be light or heavy. This affects how they live and evolve.