What's inside a star? 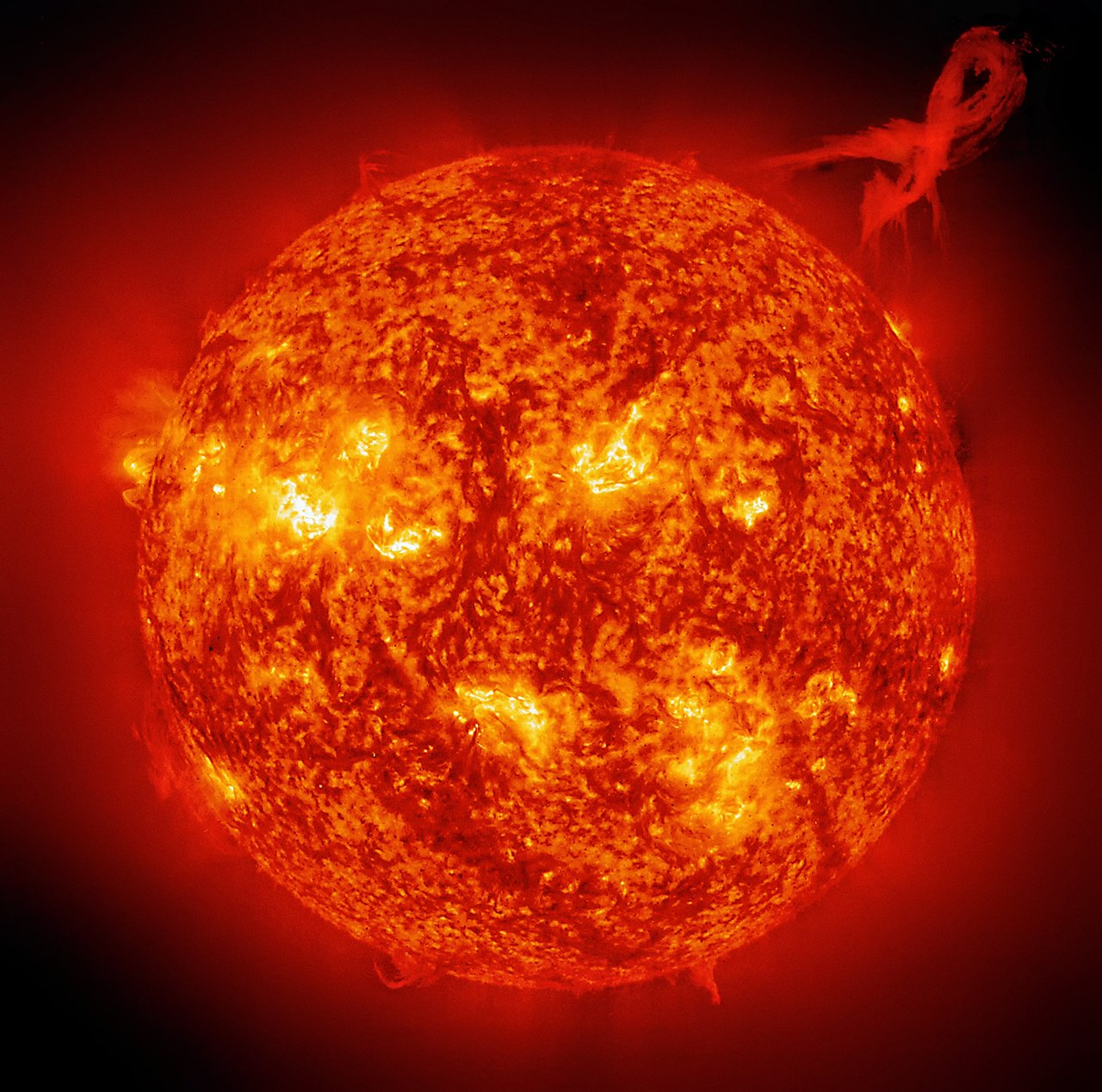 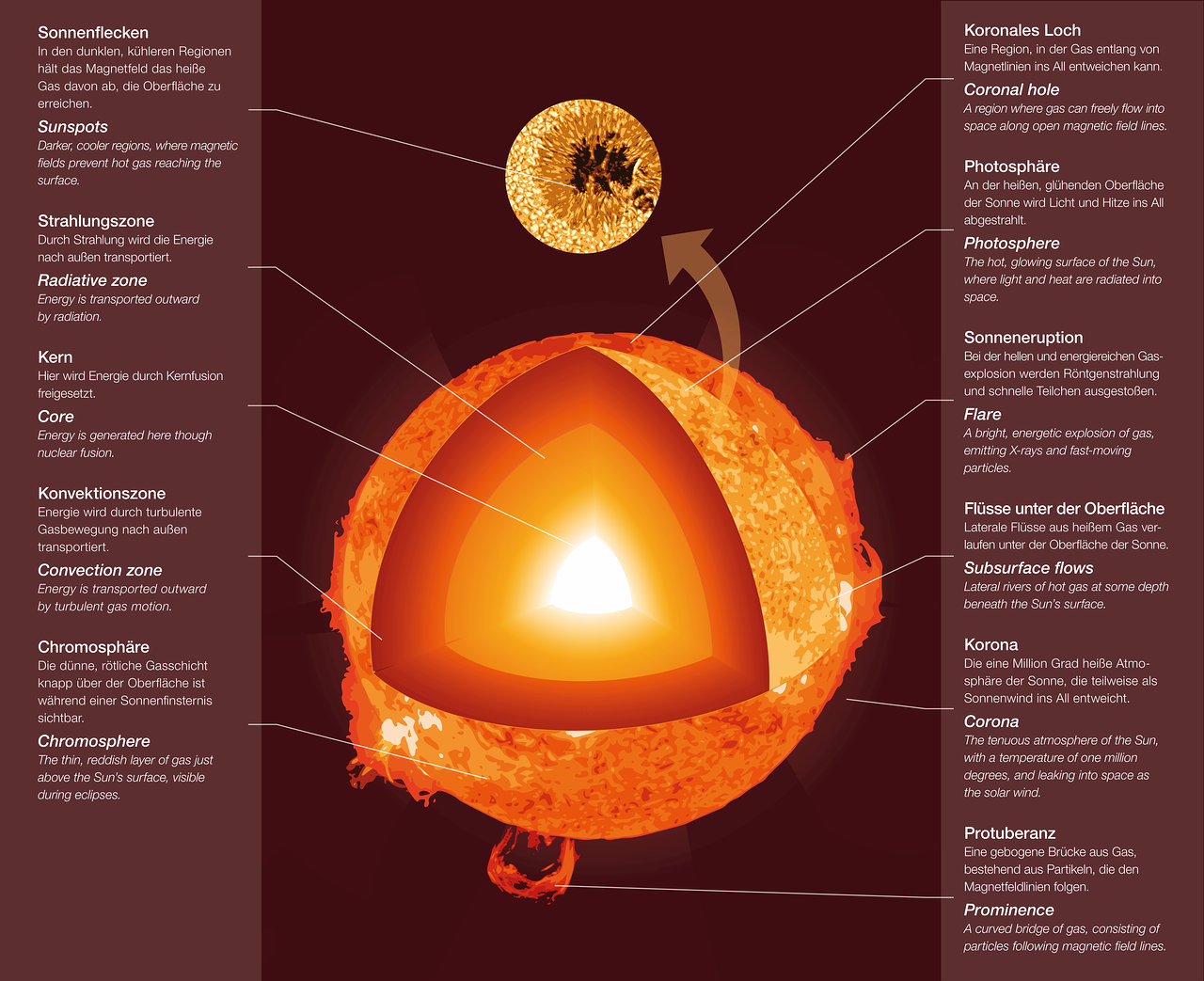 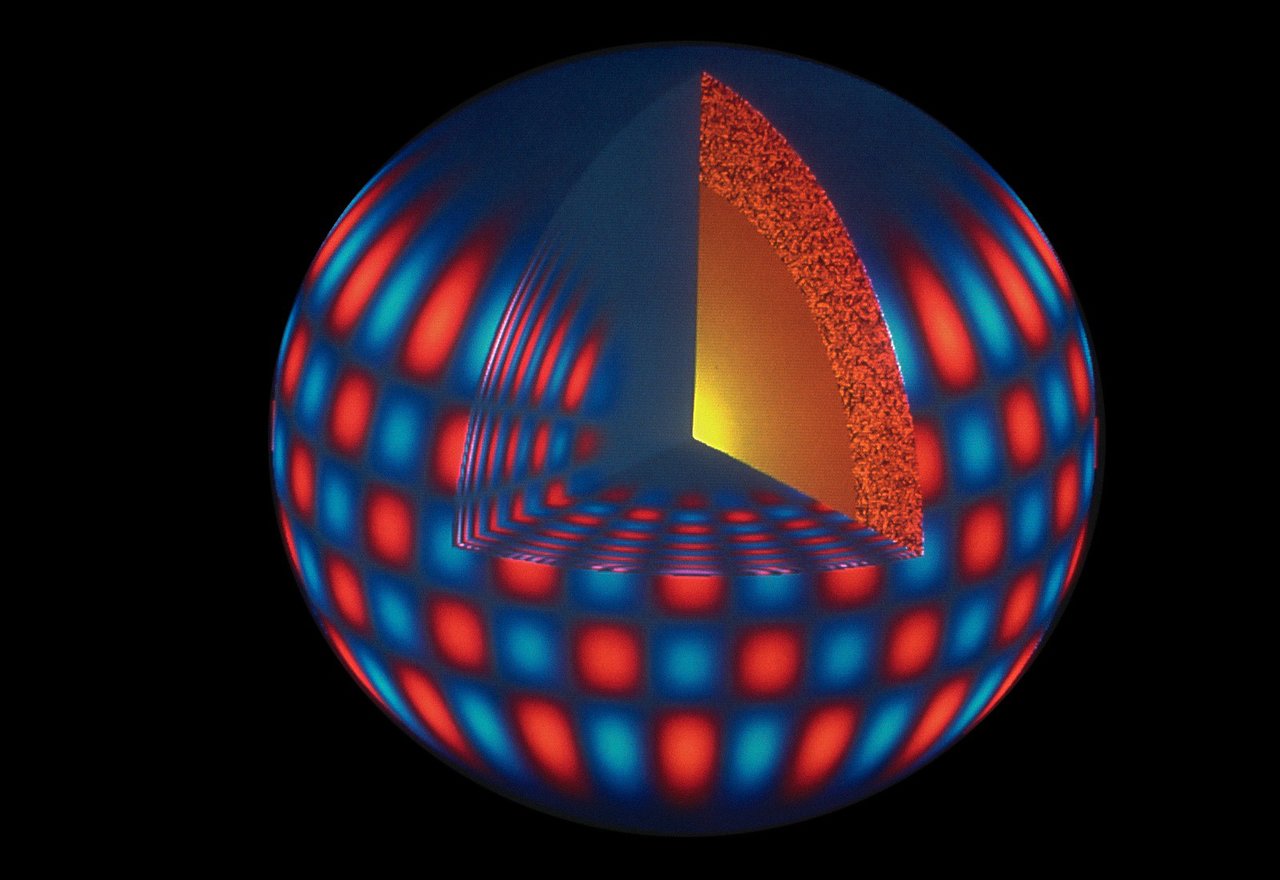 Digging deep: By studying pressure waves on the Sun, astronomers learn about the interior of a star. This method is called helioseismology
Credit: ESO/L. Calçada 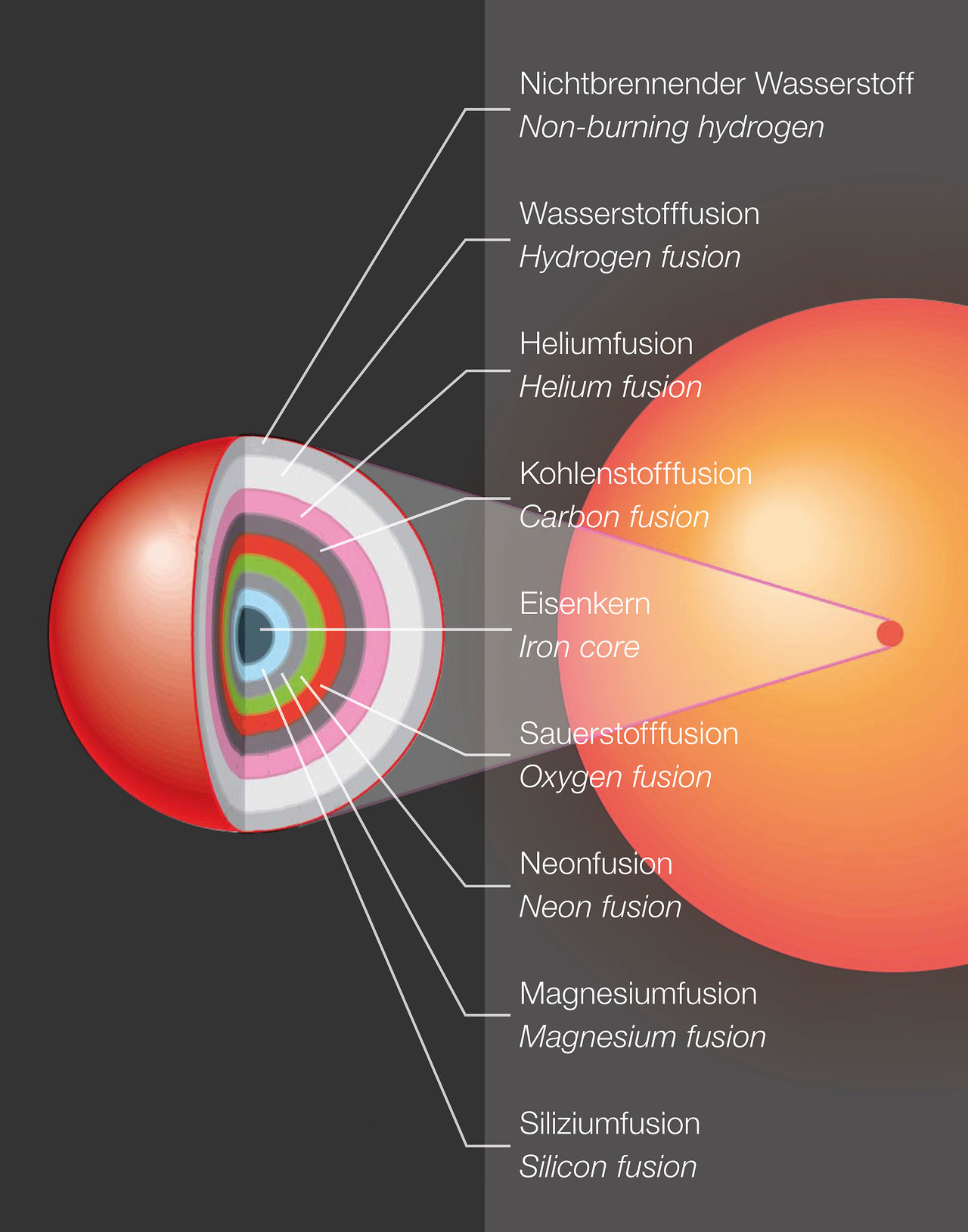 Red onion: The core of a red giant is a bit like an onion, with different layers of elements, each of which was produced at an earlier stage of the star’s life.
Credit: Pearson Education 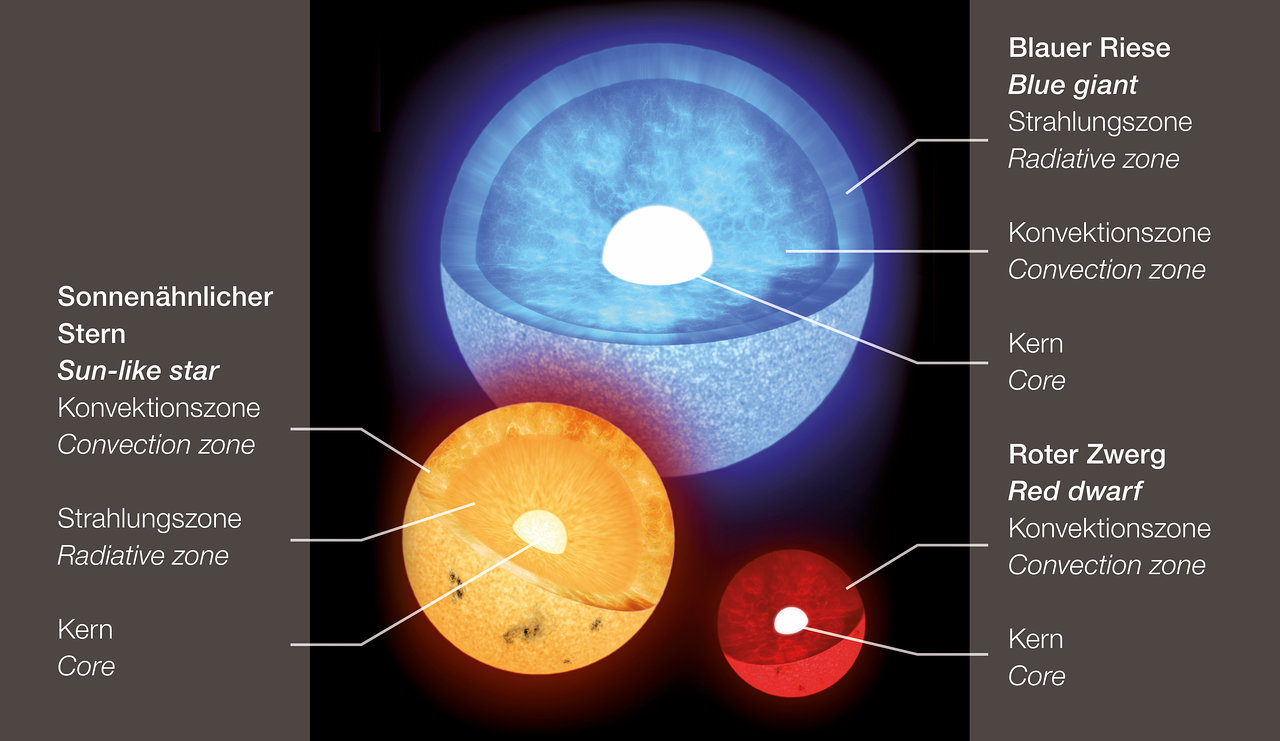 What would you see if you could look inside the Sun? Very hot gas in the centre, and a layer of "boiling" gas closer to the surface. Magnetic fields tell the gas particles how to move. They also create sunspots.