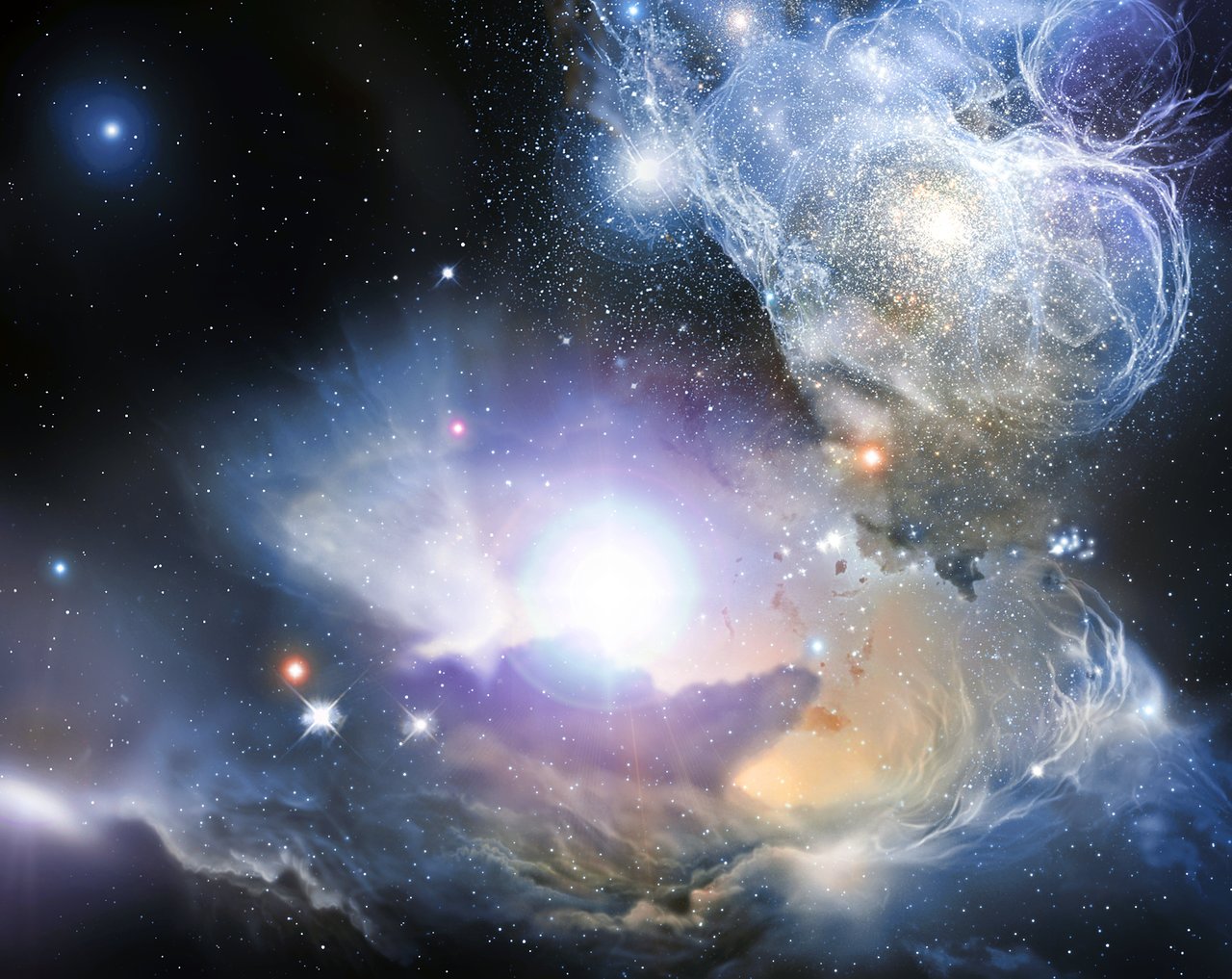 This is an artist's impression of a quasar located in a primeval galaxy (or protogalaxy), a few hundred million years after the Big Bang. Astronomers used the NASA/ESA Hubble Space Telescope to discover substantial amounts of iron in three such quasars. This is the first time that anyone has found elements believed to have been created exclusively by the first generation of stars. Information about the very first generation of stars has been one of the Universe's best-kept secrets. When the first stars ended their lives as supernovae, the explosions expelled gas into space. These 'ashes' contained heavier elements created in the nuclear furnaces within the centres of stars, such as oxygen, carbon, silicon and iron. This new discovery allows astronomers to construct a revised timescale for the history of the Universe.