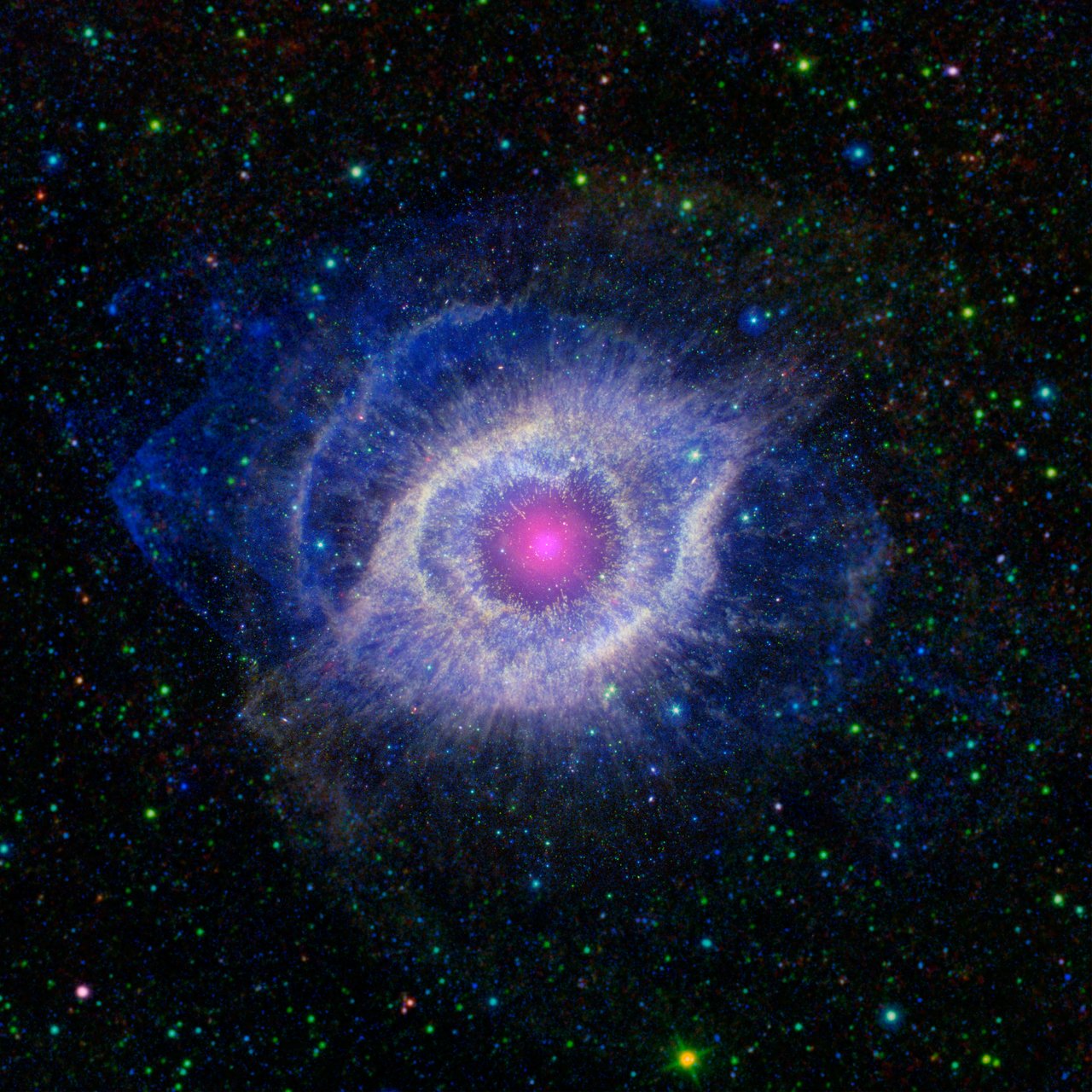 When the Sun exhausts its store of nuclear fuel, some 5 billion years from now, it will evolve into a bloated red giant, gobbling up Mercury and Venus, and scorching the Earth. After ejecting its outer layers in the form of a colourful planetary nebula, like the Helix Nebula shown in this image, the Sun will then be compressed  into a tiny white dwarf star. But even much earlier, the Sun’s temperature will gradually rise. Less than a billion years into the future, the Earth’s oceans will start to boil away. It’s unlikely that mankind will still be around by then, so it is better to worry about other shorter-term problems that threaten our planet’s habitability.