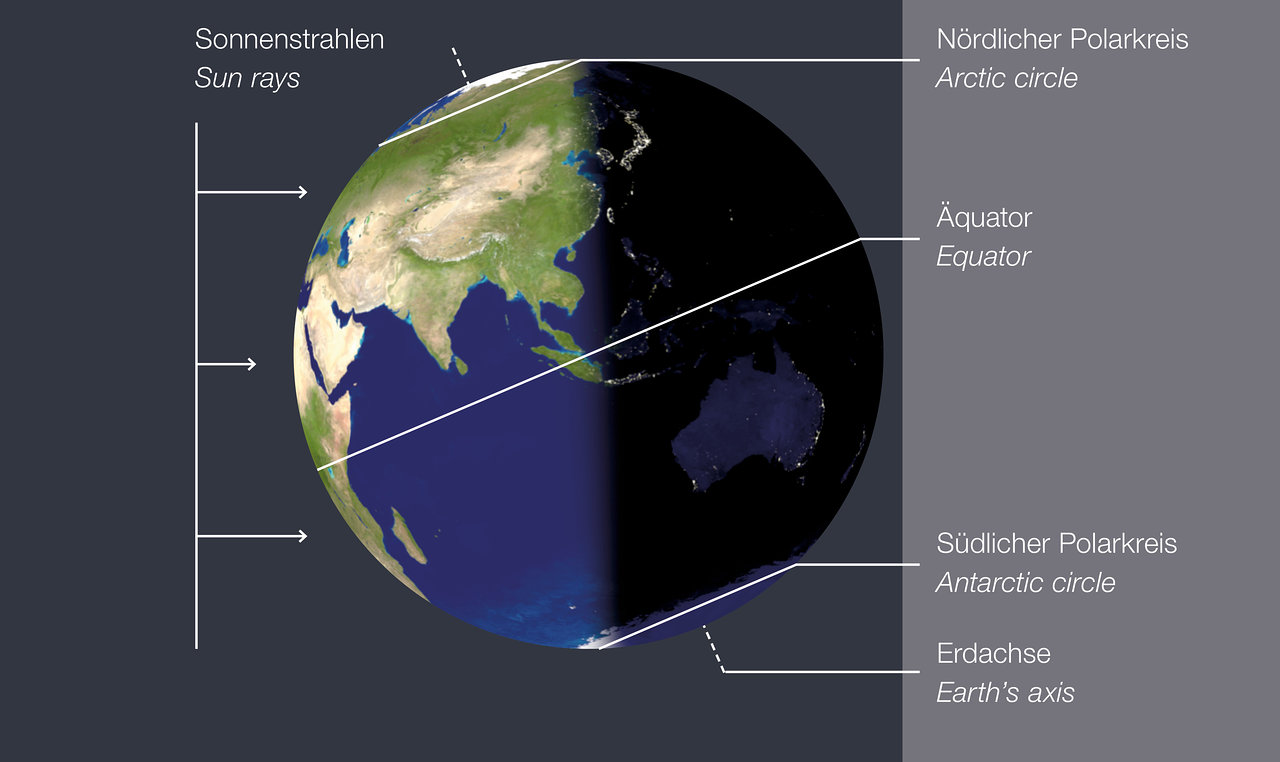 If the Earth was perfectly “upright” while orbiting the Sun, a given place would receive the same amount
of sunlight every day of the year. However, the Earth’s axis is tilted by 23.5 degrees. As a result, the Northern Hemisphere faces the Sun in one part of the orbit. This means longer days and a greater exposure to the Sun’s rays. At the same time, the Southern Hemisphere faces away from the Sun and experiences the opposite effect. Half a year later, it’s the other way around. The tilted axis is the main cause of the seasons — the effect of the variation in the Sun-Earth distance during the solar year is much, much smaller.