Life could be abundant in the Universe, but what about intelligence? Astronomers using radio telescopes have not yet detected messages from aliens, but the search continues.

Is there anybody out there? The 305-metre dish of the Arecibo Observatory is trying to eavesdrop on intelligent life beyond Earth.
Credit: Evilkalla

Astronomers use radio telescopes to search for arti cial radio signals from alien civilisations – assuming that biological evolution elsewhere in the Universe has also led to intelligence. The Search for Extra-Terrestrial Intelligence (SETI) has been unsuccessful so far, but many people, including astronomers, find it hard to believe that we are the only sentient beings in this vast Universe. But even if we find another civilisation it will be almost impossible to visit them owing to the large distances in the Universe; even communication will only be possible with enormously long delays. 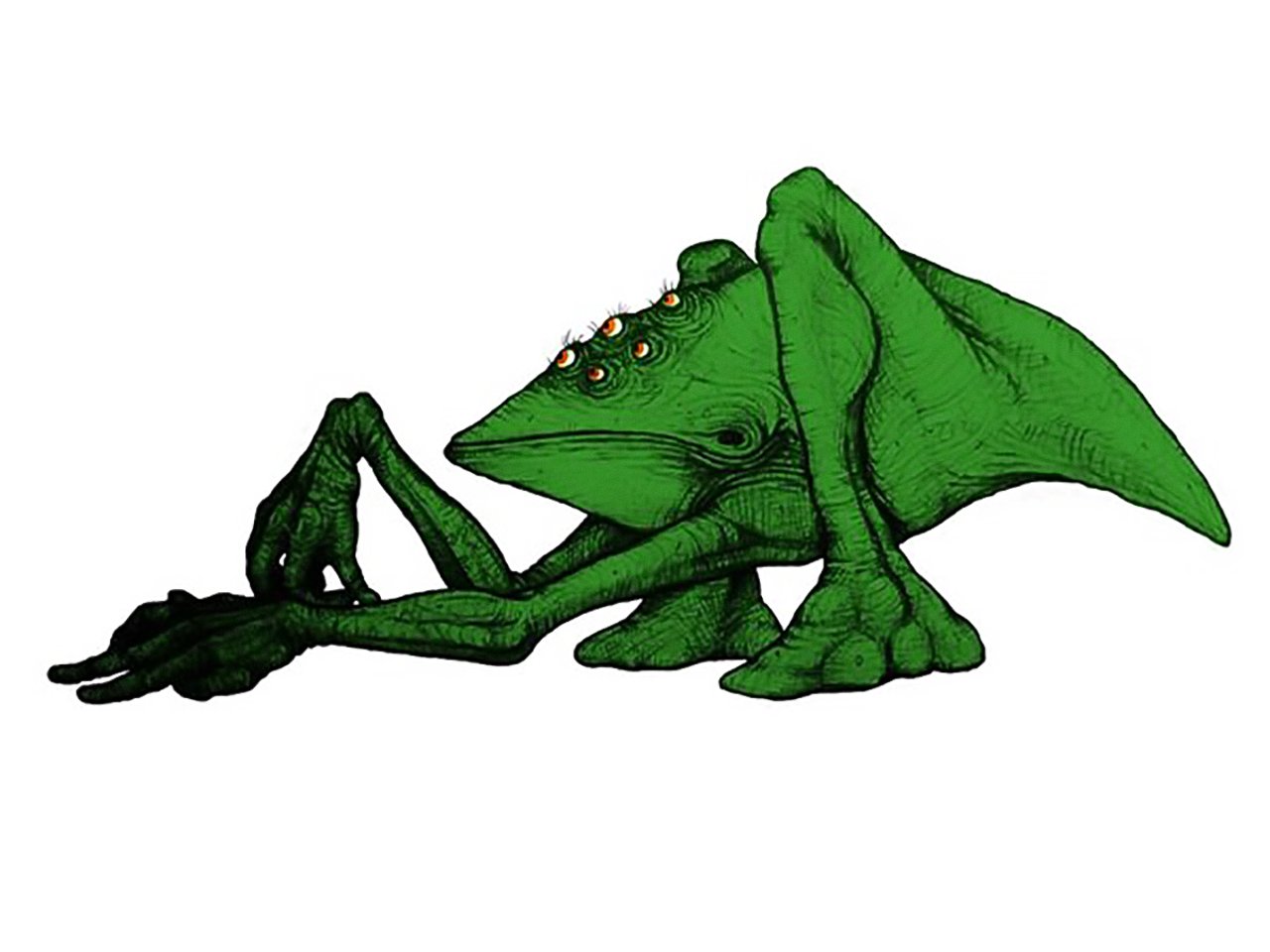 It's green! Until we find aliens, artists and science fiction novelists can use their own imaginations to decide what they will look like.
Credit: Lee Giles

Message in a bottle: On 16 November 1974, a coded radio message was broadcast in the direction of the globular cluster Messier 13. It contained information on mathematics, humanity, the Solar System, DNA and the Arecibo Observatory.
Credit: Arecibo Observatory 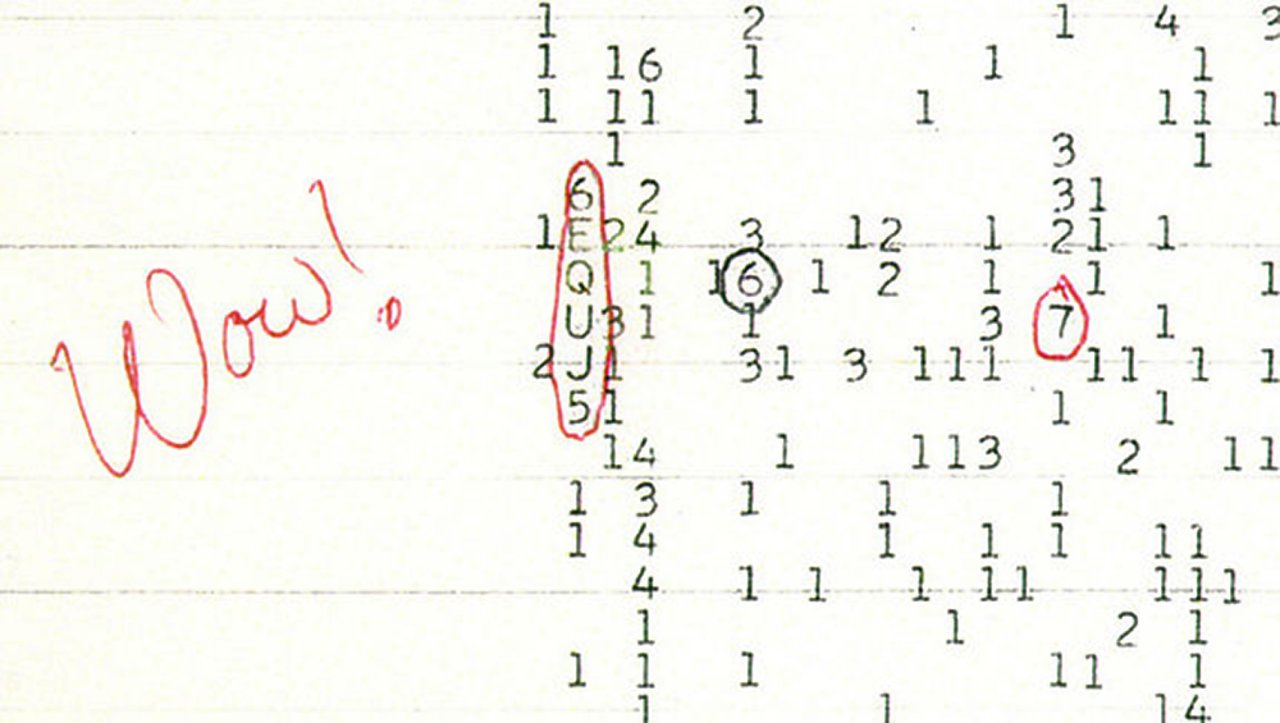 Who’s calling? On 15 August 1977, an astronomer wrote “Wow!” in the margin of his telescope readout. He found an unusual signal that has remained unexplained ever since.
Credit: The Ohio State University Radio Observatory and the North American AstroPhysical Observatory (NAAPO) 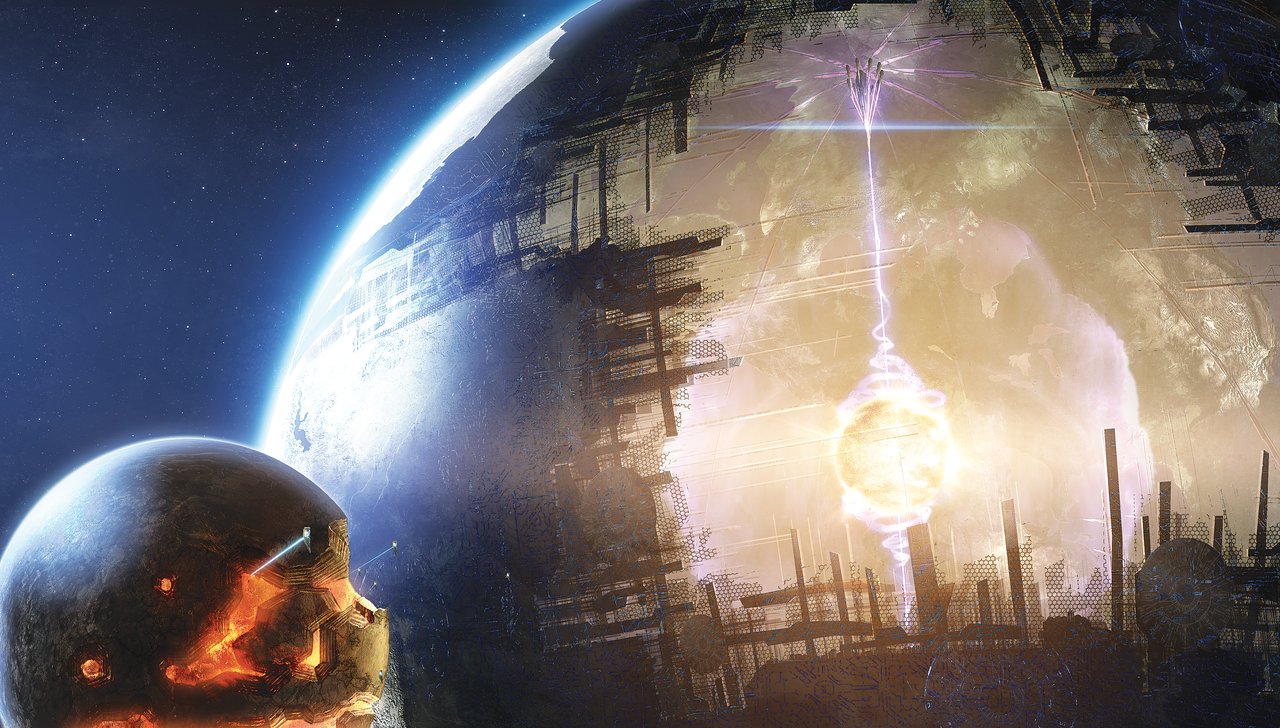 Look what we are building: Astronomers also look out for huge megastructures, like artificial Dyson spheres surrounding stars, which may reveal the existence of alien civilisations.
Credit: Adam Burn (https://www.artstation.com/artist/adamburnart)

Aliens may never be able to visit Earth, but maybe we can listen to their radio signals. We can also send messages into outer space to let aliens know we are here. What would you ask an alien?